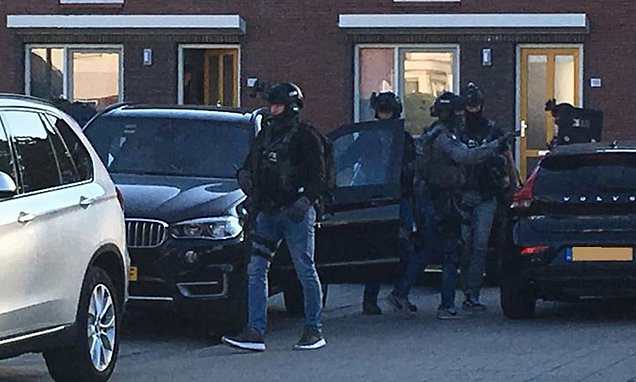 The suspects were detained after flash raids by heavily armed police in Arnhem, about 62 miles south of Amsterdam, and Weert in the southern Netherlands, close to the borders of Germany and Belgium.

The alleged leader, named by Dutch media as Hardi N, was a 34-year-old Iraqi who was convicted last year for trying to join ISIS along with two other men. He wanted to attack a ‘major event and make many victims’, according to prosecutors.

In Arnhem, where Hardi N lived under a residency permit, police backed up by surveillance helicopters forced open a door to a house and threw smoke bombs inside. Explosions were heard, but it is not clear where these came from.