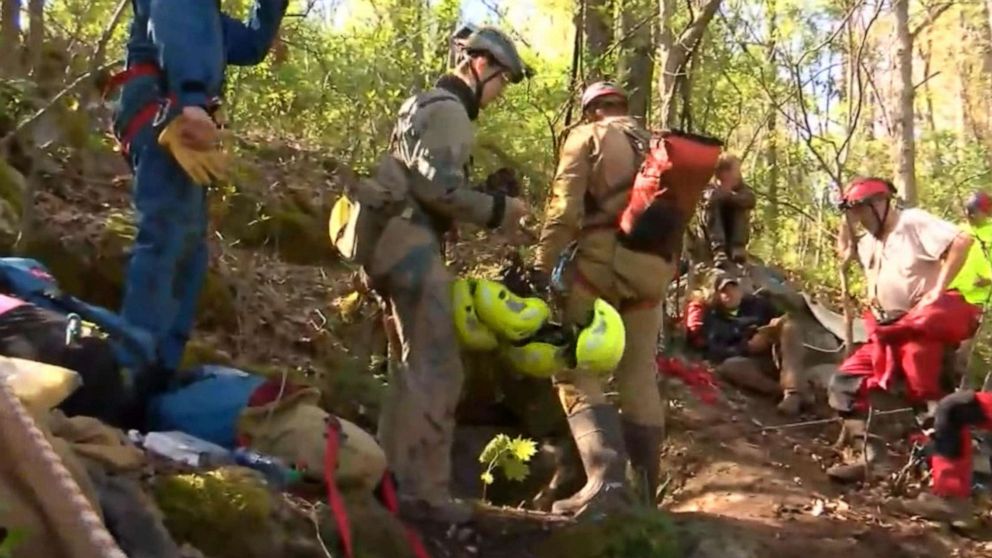 A rescue is underway to extract a group of men who became stuck in a cave in Virginia after rain made it difficult to get out, officials said Sunday.

A group of six initially planned to spend the weekend inside the cave in Cleveland, Virginia, until it began raining late Saturday night, Jess Powers, coordinator for the Russell County Emergency Management, told ABC News. The rain caused the ground inside the cave to become slippery, making it difficult for the men to get out, Powers said.

One person managed to escape, but the other five remained trapped in the cave, he added.

Only seven miles of the extensive cave have been mapped out, and the rescue could take up to 12 hours, Billy Chrimes, search-and-rescue coordinator for the Virginia Department of Emergency Management, told reporters Sunday morning. Rescuers have reached the men and it doesn’t appear that they are too far into the cave, he added.

The first person was extracted from the cave before 4 p.m. Sunday, Jeff Stern, the state coordinator for the Virginia Department of Emergency Management, announced on Twitter. Another person was rescued after 5 p.m., Stern tweeted.