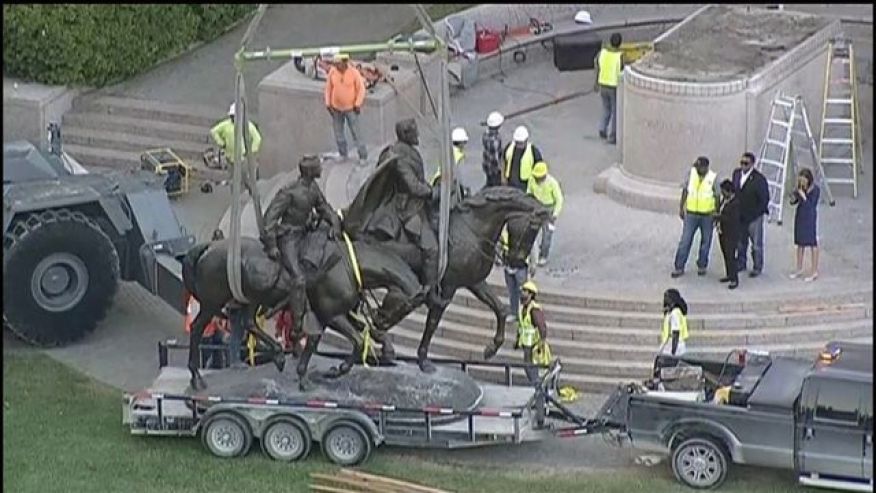 A statue of Robert E. Lee was removed from a Dallas park Thursday after a series of delays that included a brief court stay obtained by a pro-Confederacy group and a fatal accident involving a crane assigned to remove the statue.

Fox 4 News reported that workers took nearly three hours to remove the statue from its pedestal and place it on a trailer that would take it to a storage facility until a final decision is made on the statue’s fate.

City officials said in a statement that an art conservator monitored the proper handling of the statue, and police tactical officers with automatic rifles provided security.

The Dallas City Council voted 13-1 on Sept. 6 to remove the Lee statue from its namesake park in the Oak Lawn section of the city. The statue was to have been removed the following day, but the Sons of Confederate Veterans obtained a temporary restraining order just as work was beginning. A federal judge later lifted the order, clearing the way for removal to proceed.