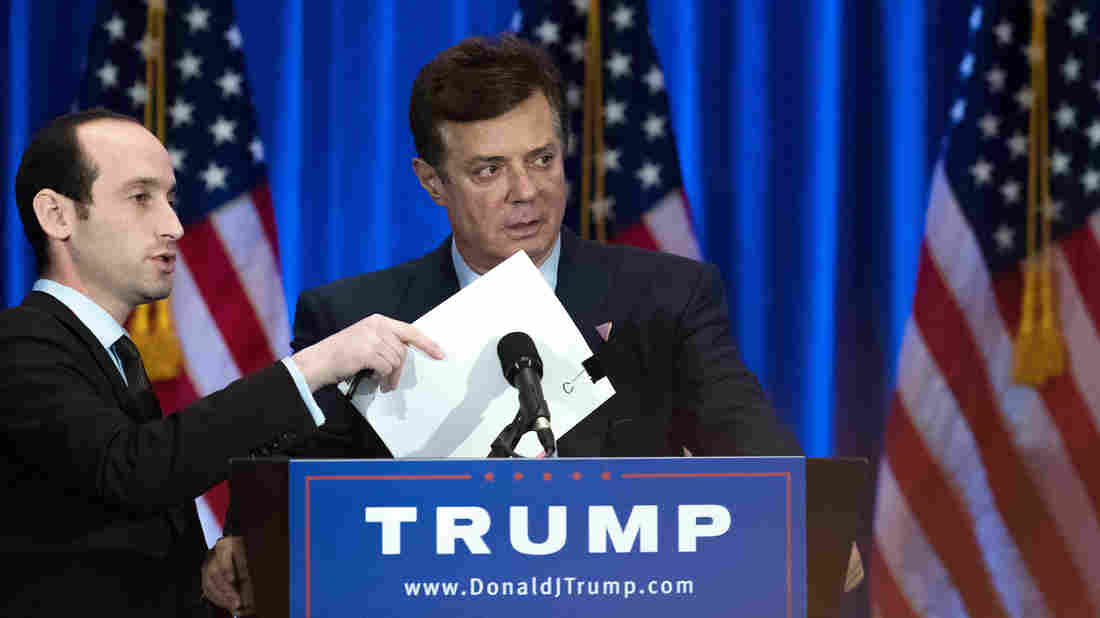 A Russian billionaire paid former Trump campaign chairman Paul Manafort millions of dollars to boost the interests of Russian President Vladimir Putin, the Associated Press reports. The new allegations arise months after Manafort resigned from the campaign amid concerns over his work for a pro-Russian political party in Ukraine.

“According to documents that we’ve reviewed, Paul Manafort secretly worked for a Russian oligarch who wanted him to promote Russian interests,” the AP’s Chad Day tells NPR’s Rachel Martin. “And in particular, he wrote a memo that outlined this kind of vast plan for him to promote Russian interests in the former Soviet republics — and also to specifically benefit the Putin government.”

The financial arrangement dates to at least 2006, when Manafort signed a $10 million yearly contract with Russian aluminum tycoon Oleg Deripaska, a close Putin ally, Day says. Their business relationship lasted through at least 2009, according to Day’s story for the AP.

The report of Manafort’s pro-Russian work comes days after FBI Director James Comey “confirmed that his agency is investigating possible coordination between the Trump campaign and Russia” in last year’s U.S. election, as the Two-Way reported. Investigations are also being pursued in Congress.