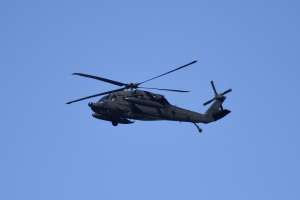 Army Brig. Gen. Jonathan P. Braga, the director of operations for the combined task force leading the fight against ISIS in the region, said all personnel aboard the HH-60 Pave Hawk helicopter were killed.

The military said the crash, which is under investigation, “does not appear to be a result of enemy activity.”

The names of those aboard the helicopter were not immediately released pending the notification of next of kin.

“Their sacrifice in service to our country will never be forgotten,” the President tweeted.