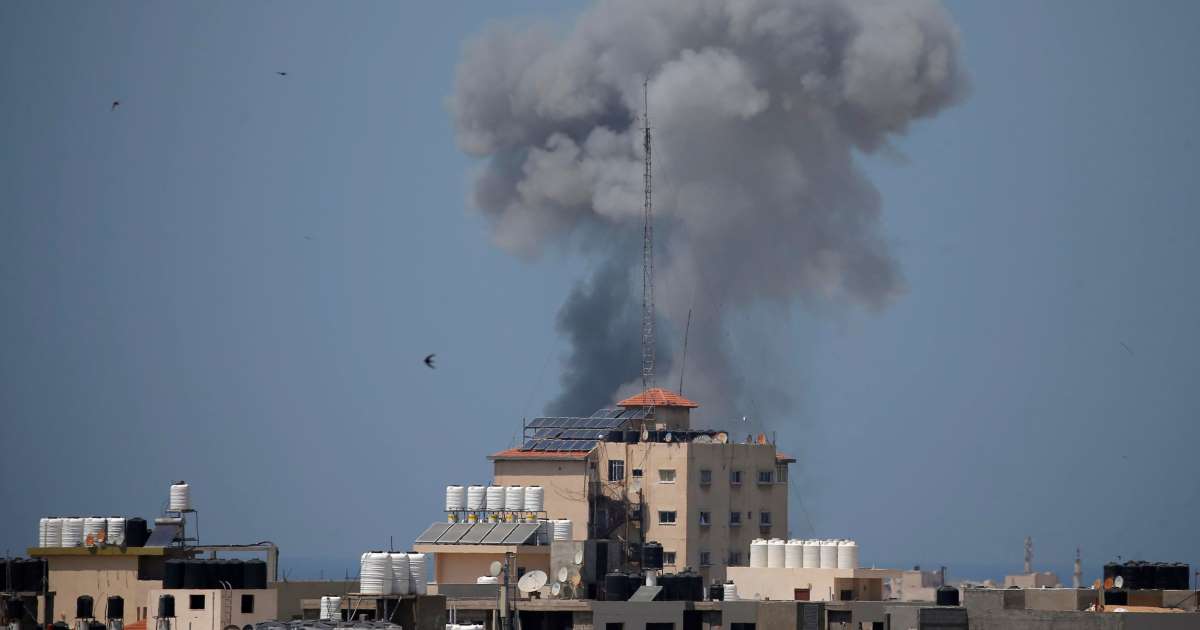 JERUSALEM — Israeli jets on Tuesday bombed targets in the Gaza Strip hours after militants from the territory fired more than 25 mortar shells toward communities in southern Israel in what appeared to be the largest single barrage since the 2014 war.

The Israeli military said no one was hurt and that most of the shells were intercepted by the Iron Dome defense system, though one landed near a kindergarten shortly before it opened.

The high volume of projectiles came as tensions have been running high in recent weeks following the deaths of over 100 Palestinians from Israeli fire during mass protests along the border. Israel says it holds Gaza’s Hamas rulers responsible for the bloodshed.

“Israel will exact a heavy price from those who seek to harm it, and we see Hamas as responsible for preventing such attacks,” Prime Minister Benjamin Netanyahu said following the barrage.

Shortly after that warning, Israeli jets began dropping bombs on what security officials in Gaza said was an Islamic Jihad militant training site. Smoke was seen rising near the town of Deir al-Balah in the coastal strip, and the Israeli military said the explosions there were related to its activity. No injuries were reported.