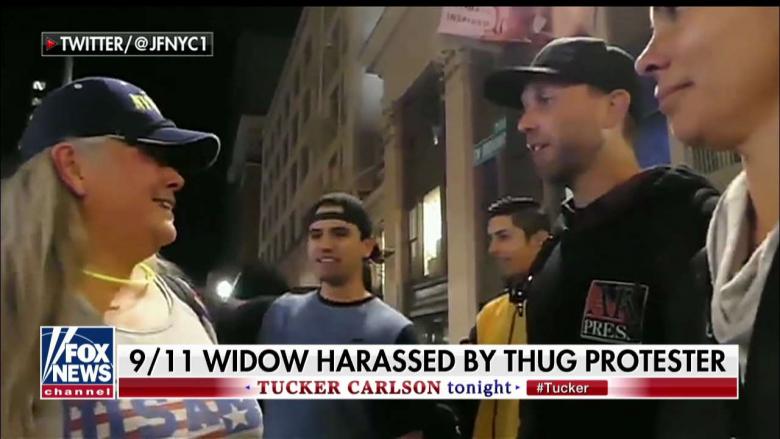 The incident appears to have occurred on Oct. 13 after a “flash march for Law and Order” was organized by a conservative group, according to The Daily Wire           ,

Video shows the woman and a man, who appears to have been protesting the march, at a crosswalk, waiting to cross the street.

The protester begins the verbal spat by saying to the woman, “Why are you trying to block me, I’m f***ing trying to walk here.”

The woman pointed to her NYPD hat and told the man, “My husband died on 9/11,” to which he replied, “Good, good. NYPD was a bunch of sodomizers, f***ing sodomizing immigrants with their bully sticks.”

“Your husband … should rot in the grave.”