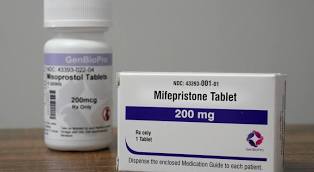 A provider of prescription pills that are used to terminate pregnancy at home has seen a spike in interest from U.S. women this week, following news that the Supreme Court would likely reverse a landmark 1973 decision ensuring abortion rights nationwide, nonprofit Aid Access said on Wednesday.

The court confirmed that a draft opinion signaling a reversal of the Roe v. Wade ruling, published late on Monday by the news site Politico, was authentic. The court said it did not represent the justices’ final decision, due by the end of June.