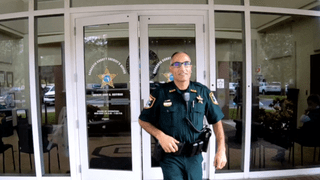 Marine Corps Col. Randy Hoffman and his cousin, Sarasota County Sheriff Kurt A. Hoffman, share more than a last name and legacy of service. Both men have also had the fortune to work alongside a man the colonel called “one of the finest men” he’s ever served with.