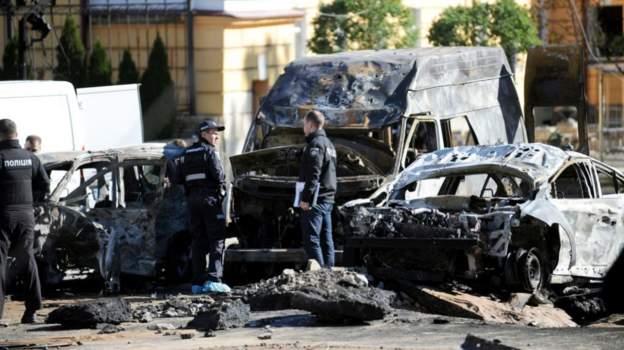 The past few hours have seen wave after wave of explosions, not just here in Kyiv, but all across this vast country, from Lviv in the west to Kharkiv in the east and Odesa in the south.

For those of us who were here when Russia’s full-scale invasion began in February, there’s an element of déjà vu. We’ve been told to spend as much time as we can in the basement, as further attacks, using missiles and drones, are expected.

But this is also different. The explosions here in Kyiv are much closer to the centre. Not distant thumps from the suburbs, but loud reverberations close to streets and locations we’ve come to know well in the past eight months.

It’s difficult to tell what is being targeted, but a statement from Ukraine’s ministry of culture said museums and the Philharmonic building had been hit.