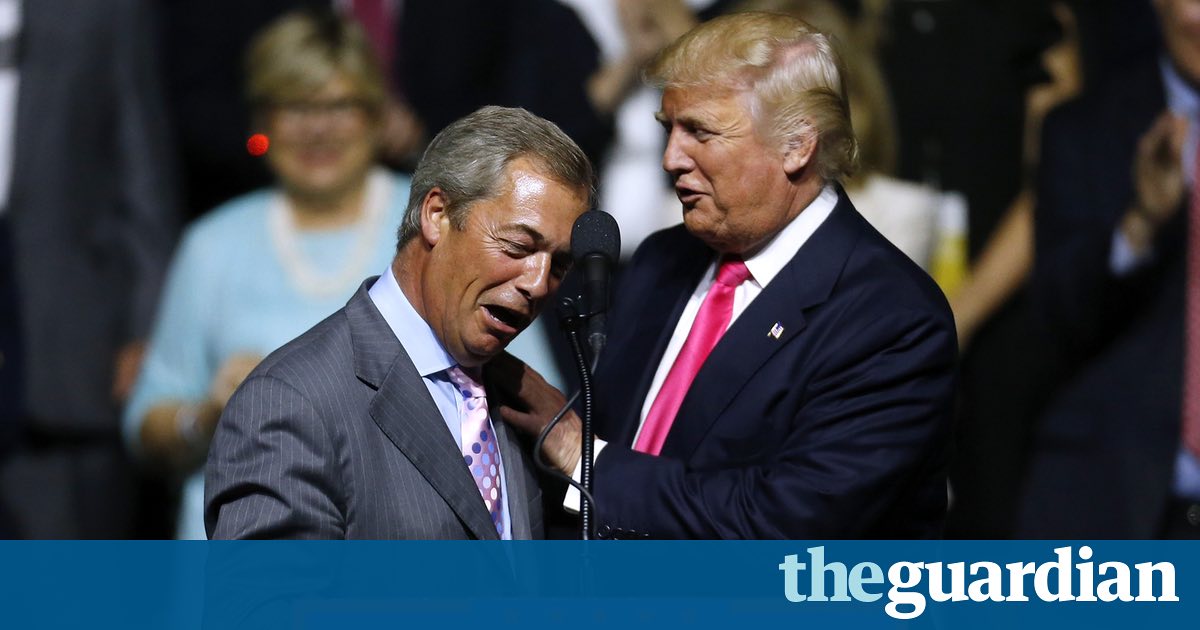 Nigel Farage is a “person of interest” in the US counter-intelligence investigation that is looking into possible collusion between the Kremlin and Donald Trump’s presidential campaign, the Guardian has been told.

Sources with knowledge of the investigation said the former Ukip leader had raised the interest of FBI investigators because of his relationships with individuals connected to both the Trump campaign and Julian Assange, the WikiLeaks founder whom Farage visited in March.

He’s right in the middle of these relationships. He turns up over and over again

WikiLeaks published troves of hacked emails last year that damaged Hillary Clinton’s campaign and is suspected of having cooperated with Russia through third parties, according to recent congressional testimony by the former CIA director John Brennan, who also said the adamant denials of collusion by Assange and Russia were disingenuous.

Farage has not been accused of wrongdoing and is not a suspect or a target of the US investigation. But being a person of interest means investigators believe he may have information about the acts that are under investigation and he may therefore be subject to their scrutiny.

Sources who spoke to the Guardian said it was Farage’s proximity to people at the heart of the investigation that was being examined as an element in their broader inquiry into how Russia may have worked with Trump campaign officials to influence the US election.