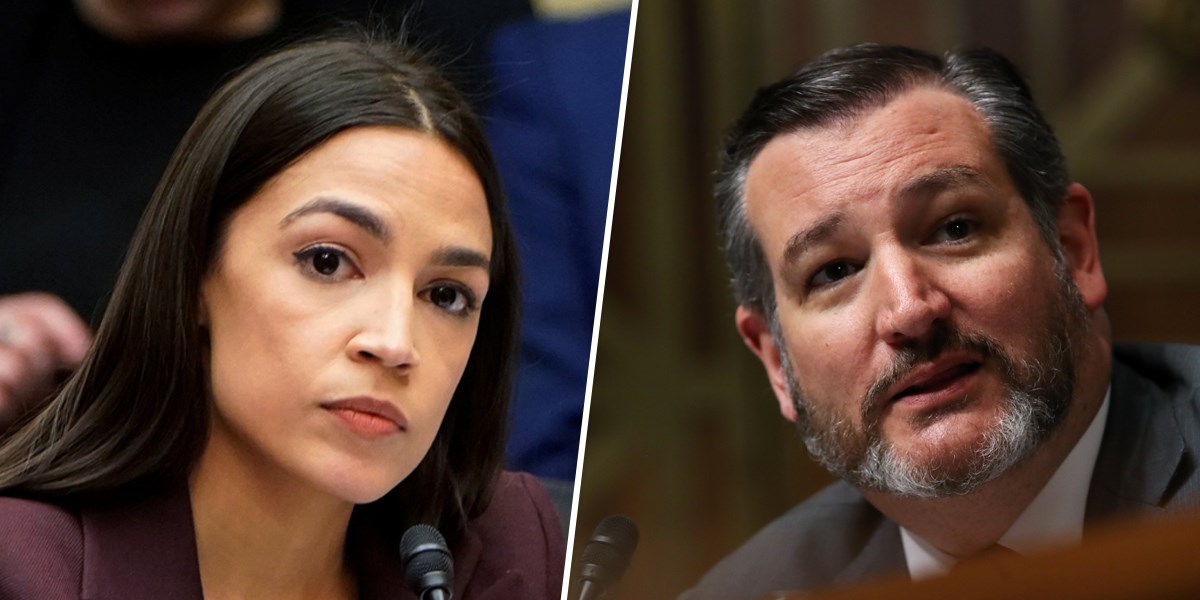 Politics doesn’t make much odder couples than this — Rep. Alexandria Ocasio-Cortez and Sen. Ted Cruz struck a deal on Twitter on Thursday to work together on an anti-lobbying bill to stop the infamous revolving door.

Ocasio-Cortez, the self-described democratic socialist from New York, and Cruz, the staunch conservative Republican from Texas, found common ground after the Democrat tweeted out a Public Citizen article on the large number of recently retired Congress people who’ve taken lobbying or policy-influencing jobs.

“If you are a member of Congress + leave, you shouldn’t be allowed to turn right around&leverage your service for a lobbyist check,” Ocasio-Cortez wrote. “At minimum there should be a long wait period.”

A short time later, former Republican presidential candidate Cruz tweeted, “Here’s something I don’t say often: on this point, I AGREE with @AOC Indeed, I have long called for a LIFETIME BAN on former Members of Congress becoming lobbyists. The Swamp would hate it, but perhaps a chance for some bipartisan cooperation?”