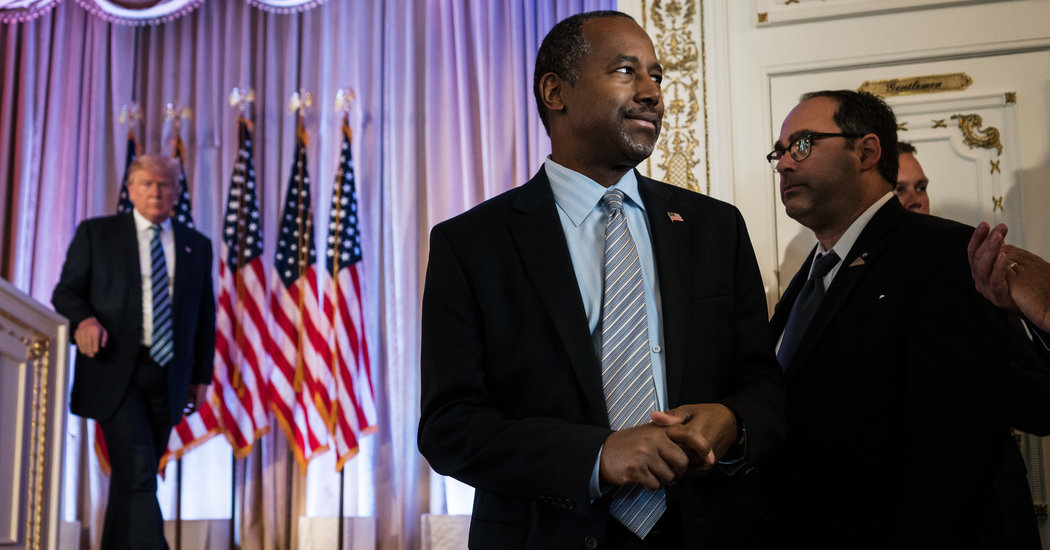 President-elect Donald J. Trump on Monday selected Ben Carson, a retired neurosurgeon, to be secretary of housing and urban development

Mr. Carson, who endorsed Mr. Trump after ending his own presidential race, took him on a tour of blighted neighborhoods of Detroit during the campaign, including his boyhood home. He is now poised to oversee one of the government’s major efforts to lift American cities.

Mr. Carson at first rebuffed Mr. Trump’s invitation to join the cabinet. But after meeting with the president-elect at his New York office, Mr. Carson “couldn’t dismiss it anymore,” said Armstrong Williams, a close adviser to Mr. Carson.

“If you want to impact these forgotten communities,” said Mr. Williams, who speaks daily with Mr. Carson, “HUD is the best agency to get something done.”

Although Mr. Carson spent part of his childhood in public housing, raised by a dauntless mother with a grammar school education, he has neither experience running a vast bureaucracy like HUD nor expertise in housing policy.