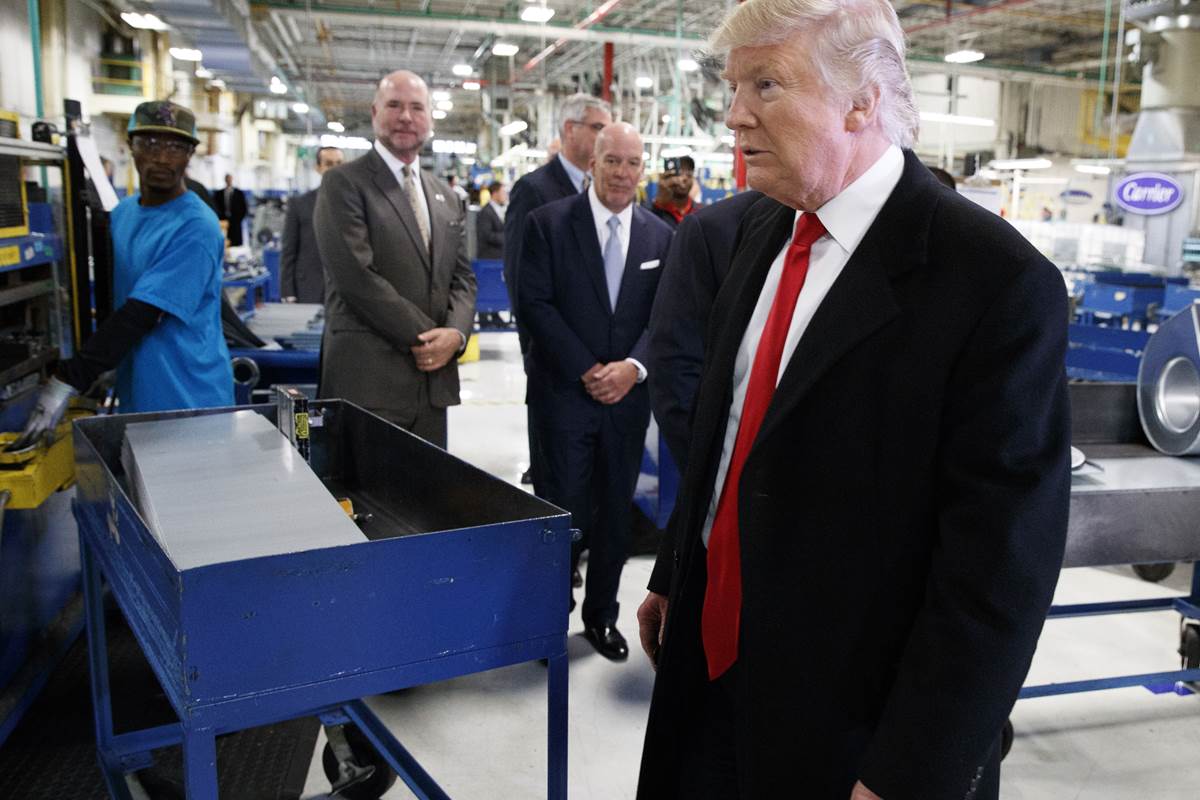 The U.S. is going to substantialy reduce taxes and regulations on businesses, but any business that leaves our country for another country,

fires its employees, builds a new factory or plant in the other country, and then thinks it will sell its product back into the U.S. ……

without retribution or consequence, is WRONG! There will be a tax on our soon to be strong border of 35% for these companies ……

wanting to sell their product, cars, A.C. units etc., back across the border. This tax will make leaving financially difficult, but…..

these companies are able to move between all 50 states, with no tax or tariff being charged. Please be forewarned prior to making a very …

expensive mistake! THE UNITED STATES IS OPEN FOR BUSINESS

It’s unclear what prompted Trump’s latest Twitter screed outlining economic policy, but it comes less than a week after the president-elect announced a deal with Carrier, a heating and cooling systems manufacturing company, to prevent the company from moving a major factory to Mexico, keeping 1,100 jobs in Indiana. However, 300 of those positions were never scheduled to leave.

The Carrier deal included no tax penalty. Instead, it offered instead a mix of tax breaks and other “financial incentives” for Carrier’s parent company, United Technologies, amounting to $7 million over 10 years. The absence of a tax penalty prompted former Democratic presidential candidate Sen. Bernie Sanders to attack the deal in a Washington Post op-ed as effectively rewarding the company.