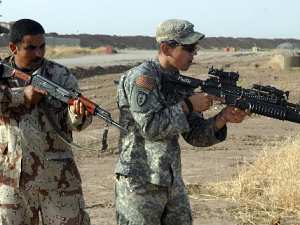 WASHINGTON — President Joe Biden and Iraqi Prime Minister Mustafa al-Kadhimi are planning to announce an agreement Monday that will detail a timetable for the drawdown of the U.S. combat mission in Iraq.

A senior administration official told reporters that the two leaders, who will meet in the Oval Office in the afternoon, are expected to release a “broad communiqué” that will “make very clear that this has been an evolution” regarding the U.S. military’s role in the country, according to a transcript of the call released by the White House on Monday.

The deal will also make clear that both countries agree that Iraq still needs advisory assistance.