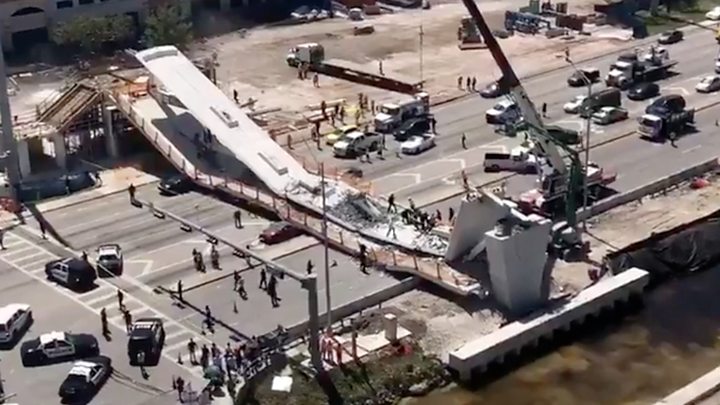 Miami police have said there are a number of victims after a newly installed pedestrian bridge collapsed at Florida International University.

Images of the buckled structure at the college in Miami were shared across social media on Thursday afternoon.

A Florida Highway Patrol official said there were several fatalities, but police have yet to confirm a number.

It was unclear how many people were still trapped in eight vehicles beneath the bridge, Miami officials said.