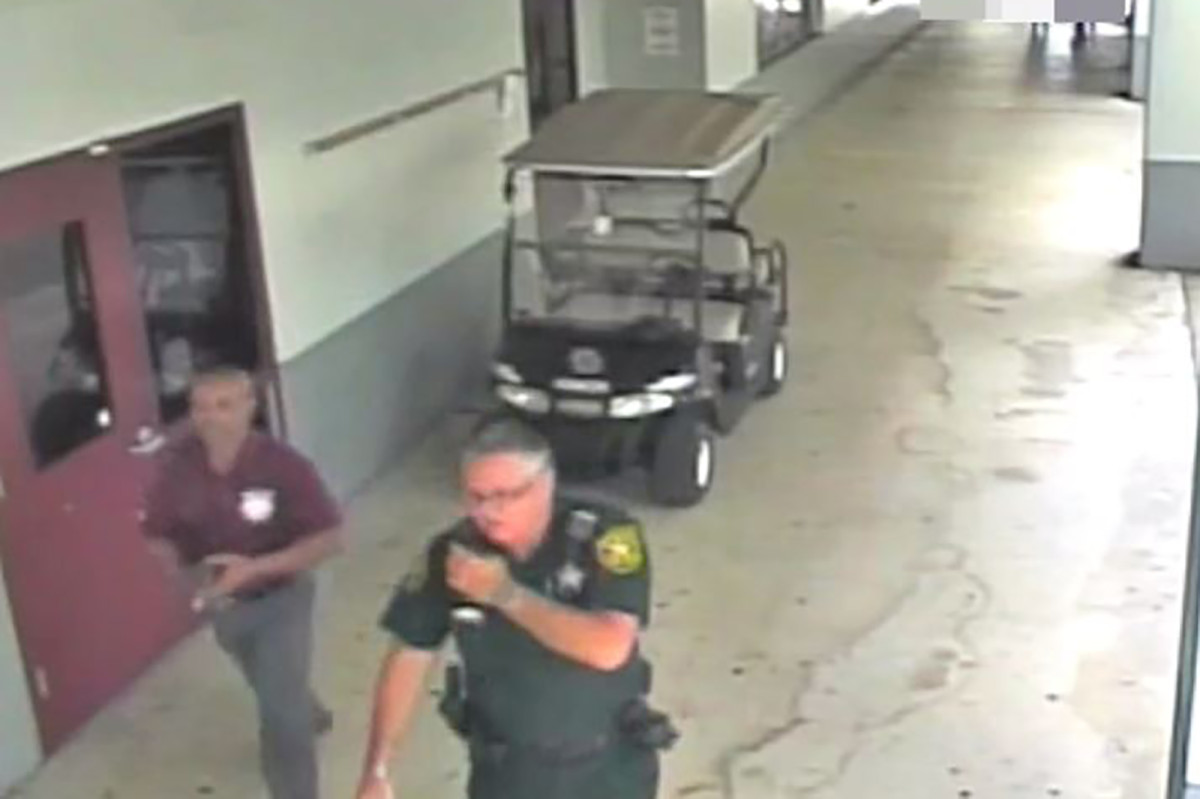 Chilling surveillance video released Thursday of the deadly attack at a Florida high school shows the actions of a disgraced security resource officer who stayed outside as 17 people were slaughtered inside.

The footage shows Scot Peterson taking up positions at Marjory Stoneman Douglas High School in Parkland, at times running and talking on his radio.

Peterson can be seen with an unidentified school worker walking toward a room at 2:22 p.m. — less than a minute after the first shots were fired, allegedly by Nikolas Cruz, 19.

Less than a minute later, three people — Peterson and two others — are seen on a golf cart driving through campus.