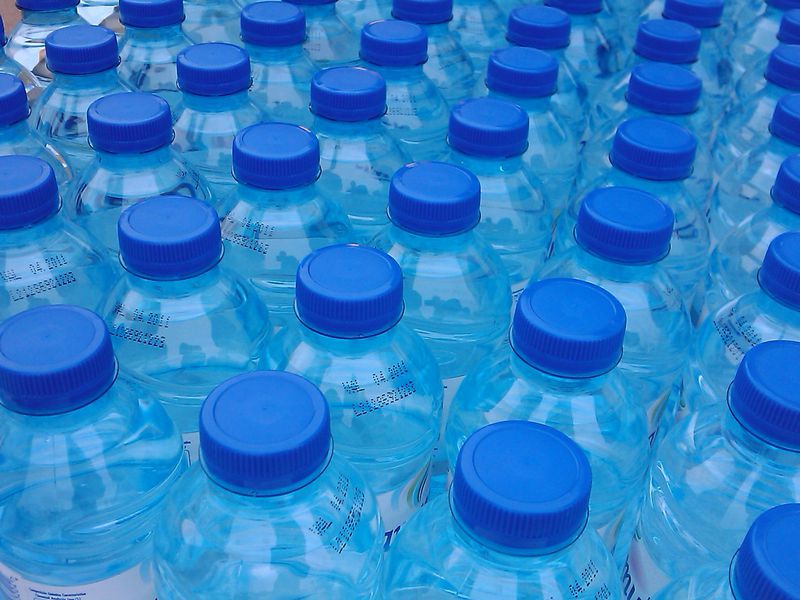 A new study of 259 water bottles has found tiny pieces of plastic in more than 90 percent of them, prompting a review by the World Health Organization (WHO).

As Graham Readfearn reports for the Guardian, the study was conducted by scientists at the State University of New York (SUNY) in Fredonia on behalf of Orb Media, a non-profit journalism organization based in the United States. Researchers analyzed water bottles from nine countries—the U.S., China, Brazil, India, Indonesia, Mexico, Lebanon, Kenya and Thailand—and found that 93 percent showed at least some sign of contamination from microplastics, or plastic debris less than five millimeters in length.

To identify the microplastics, scientists used a dye called Nile Red, which binds to free-floating pieces of plastic and causes them to fluoresce, according to David Shukman of the BBC. The researchers discovered an average of 10 plastic particles per liter of water, and another 314 particles per liter that they assume to be plastic, but cannot positively identify because they are too small.

Out of all the bottles tested, only 17 had no traces of microplastics. Some had numbers ranging into the thousands. A total of 11 different water bottle brands were tested, among them Nestlé Pure Life, Evian, Dasani and San Pellegrino. There were big differences within brands and even within the same pack of bottles.