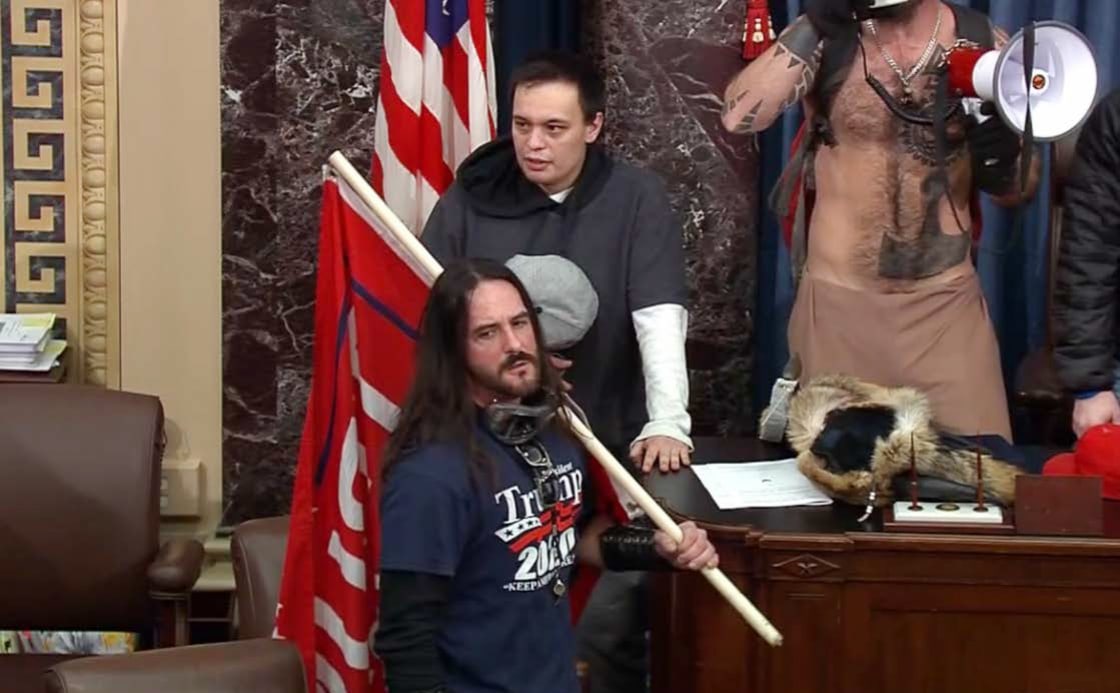 A Florida man who was seen carrying a large red “Trump 2020” flag on the floor of the U.S. Senate during the Capitol riot received eight months in prison Monday in the first felony sentence from the Jan. 6 attack.

Paul Allard Hodgkins, 38, of Tampa, was arrested Feb. 16 after the FBI received a tip identifying him among the hundreds of people seen in photos and videos inside the Capitol. He pleaded guilty in June to a single felony count of obstructing an official proceeding, which carries a maximum sentence of 20 years in prison.

“Although you were only one member of a larger mob, you actively participated in a larger event that threatened the Capitol and democracy itself,” said U.S. District Court Judge Randolph Moss of Washington.

“The damage that was caused that way was way beyond a several-hour delay of the vote certification,” Moss said. “It is a damage that will persist in this country for several decades.”

Hodgkins’ lawyer, Patrick Leduc, urged the judge not to impose a prison sentence, saying in a court filing that Hodgkins is “law abiding, hardworking, honest, caring, kind, thoughtful, generous, and the kind of person you would want for a neighbor.” On the day of the riot, he “lost his bearings and his way … made a fateful decision to follow the crowd, and found himself for approximately 15 minutes in a place that he sincerely regrets to have been,” the court filing said.

Hodgkins told the judge that he regrets his actions and would not have entered the Capitol if he had known of the violent acts committed inside.

“I can say without a shadow of a doubt that I am truly remorseful and regretful for my actions, not because I face consequences but because of the damage that day’s incident caused and the way this country that I love has been hurt,” he said.