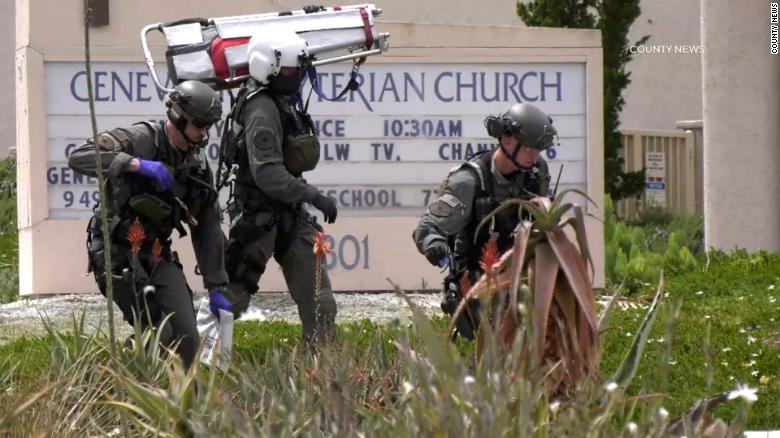 At least one person is dead and five wounded — including four who are critically injured — after a shooting Sunday at a church in Laguna Woods, California, the sheriff’s department said.

“All victims are adults and are en route to the hospital,” the Orange County Sheriff’s Department said in a tweet Sunday. “One victim is deceased at the scene.”
Another person has minor injuries, said the tweet.

The suspect was detained at the scene after a group of people at the church were able to hogtie his legs with an extension cord and confiscate at least two handguns from him, said Hallock.