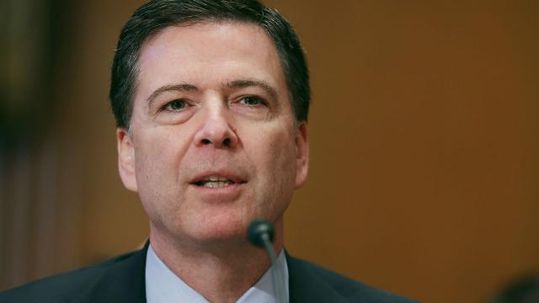 WASHINGTON — Hillary Clinton’s presidential campaign chairman said Sunday that President-elect Donald Trump’s campaign may have colluded with the Russian government over hacked e-mails in an effort to swing the election.

“It’s very much unknown whether there was collusion,” John Podesta said on NBC’s Meet the Press.

Without pointing a finger directly at Trump, Podesta said any ties between the Russian hacking and the president-elect’s campaign should be revealed to members of the Electoral College before they confirm the election results Monday.

“What did ‘Trump Inc.’ know, and when did they know it?” Podesta said. “Were they in touch with the Russians? I think those are still open questions, and the electors have a right to know what the answers are — if the United States government has those answers — before the election.”

While many pundits have said the Russians wanted to discredit the U.S. election process but did not necessarily aim to elect Trump, Podesta cited examples of direct contacts: Russian diplomats’ statements that they were speaking to the Trump campaign; Trump adviser Roger Stone’s comments in August that Wikileaks had Podesta’s e-mails before they were released; and meetings in Russia before the Republican National Convention between a Trump foreign policy adviser and Russian intelligence officials.