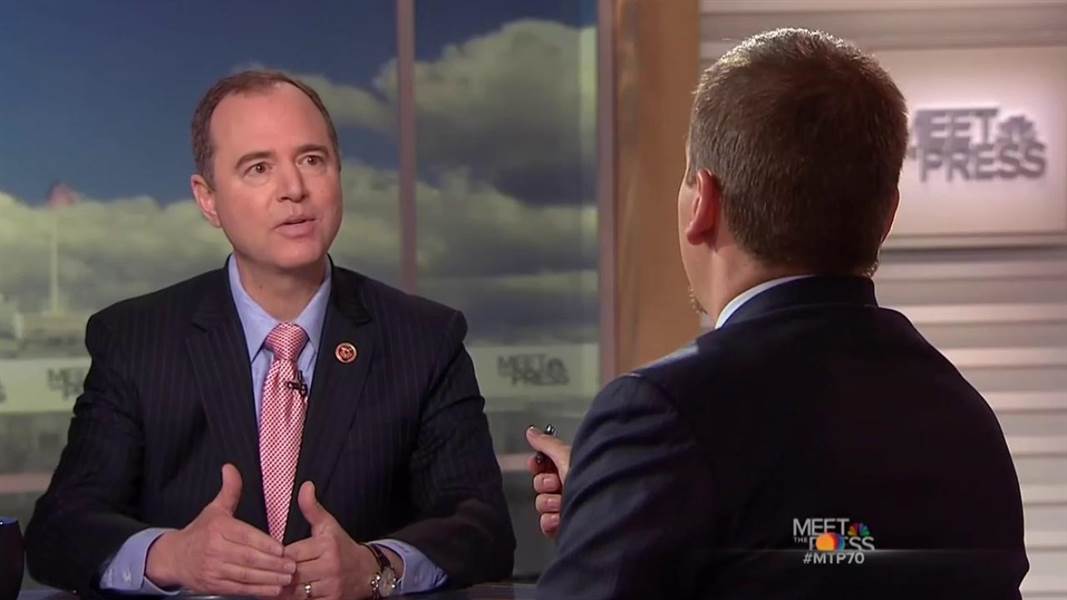 WASHINGTON — Despite denials from some top intelligence officials that there was any evidence of collusion between associates of Donald Trump’s presidential campaign and Russian operatives while Moscow tried to interfere with the 2016 election, Rep. Adam Schiff on Sunday defended the House Intelligence Committee continuing to look into the matter.

Two weeks ago on “Meet The Press,” James Clapper, the Director of National Intelligence under President Obama, denied that any evidence of such collusion existed while he oversaw the work of U.S. intelligence agencies. The Trump administration has also reiterated those denials.

But this Sunday on “Meet The Press,” Schiff, D-Calif., told host Chuck Todd, “I was surprised to see Director Clapper say that because I don’t think you can make that claim categorically as he did. I would characterize it this way at the outset of the investigation: There is circumstantial evidence of collusion. There is direct evidence, I think, of deception and that’s where we begin the investigation.”

Schiff is the ranking Democratic member on the House Permanent Select Committee on Intelligence.

“There is certainly enough for us to conduct an investigation,” he added. “The American people have a right to know and in order to defend ourselves, we need to know whether the circumstantial evidence of collusion and direct evidence of deception is indicative of more.”