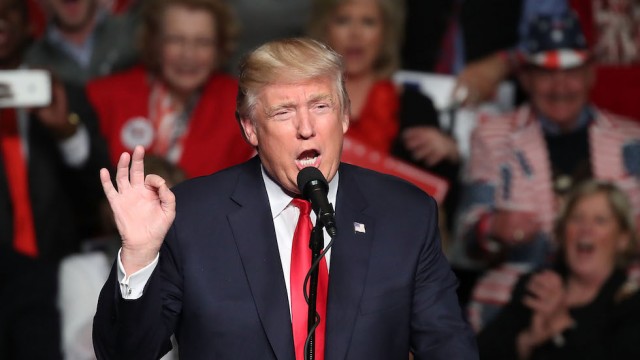 CNN host Jake Tapper said Monday that President Trump was holding a campaign rally in El Paso, Texas, as part of an effort to spread a “falsehood” about how barriers reduced crime in the city.

“The president is lying to you to get his border wall,” Tapper said on CNN’s “The Lead with Jake Tapper.”

Tapper called out the remarks, saying that Trump is using a “false story that the barriers built in El Paso are exhibit A for why he should get the full $5.7 billion he’s demanded for a border wall.”

“Here’s the problem. Whatever your position on border barriers or a border wall, the case the president lays out about El Paso is simply false,” he said. “El Paso has never had ‘one of the highest rates of violent crime in the entire country,’ according to FBI data.”

Tapper goes on to detail crime data in the city and how it peaked in 1993 before falling about 60 percent over the next 13 years. A fence wasn’t installed in the city until 2008.

Tapper later notes the criticism Trump has received from local officials in El Paso, such as Mayor Dee Margo (R). Margo said Trump’s remarks about the city were “not correct.”