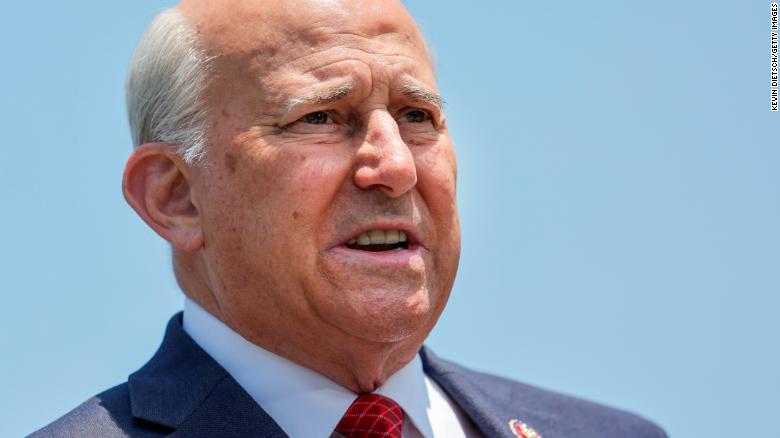 Republican Rep. Louie Gohmert of Texas presented an honorary American flag recently flown above the US Capitol to a convicted January 6 rioter after she was released from prison Friday.

Gohmert, a Trump ally who has previously promoted debunked conspiracies about the January 6, 2021, insurrection, met Dr. Simone Gold upon her release from federal prison in Miami on Friday and gifted her a flag flown over the Capitol along with an official certificate. In a statement released Friday, Gohmert  claimed that Gold was “a political prisoner,” a term many supporters of former President Donald Trump have used to inaccurately describe the prosecution and incarceration of January 6 defendants.

“Dr. Gold is the definition of what a political prisoner looks like — something I never thought I’d see here in the United States of America,” Gohmert said.