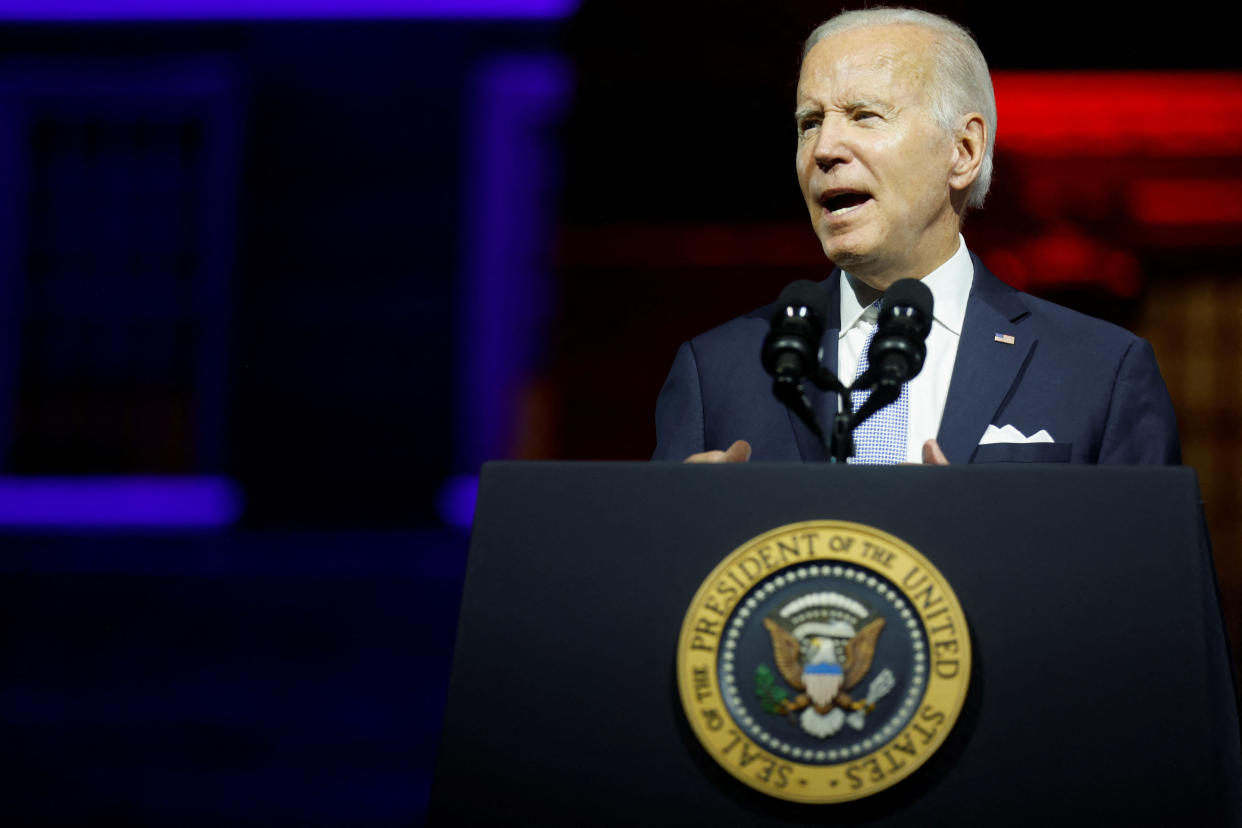 President Biden’s fiery speech in Philadelphia denouncing former President Donald Trump and what he described as “extreme MAGA ideology” has sparked online calls for violence, including death threats against the president, according to documents obtained by Yahoo News.

Biden’s remarks also prompted immediate concerns from senior counterterrorism officials who said they fear that calling Trump supporters extremists would be viewed as a call to arms and would only inflame an already volatile threat environment.

“Too much of what’s happening in our country today is not normal,” Biden said Thursday night at Independence Hall, flanked by two U.S. Marines. “Donald Trump and the MAGA Republicans represent an extremism that threatens the very foundations of our republic.”

By Friday afternoon, posts on forums popular among white supremacists and far-right extremists called for the assassination of Biden, and named Jewish administration officials including Attorney General Merrick Garland, Treasury Secretary Janet Yellen and Secretary Alejandro Mayorkas as potential targets. Declarations of civil war were also appearing, according to documents detailing some of the threats.