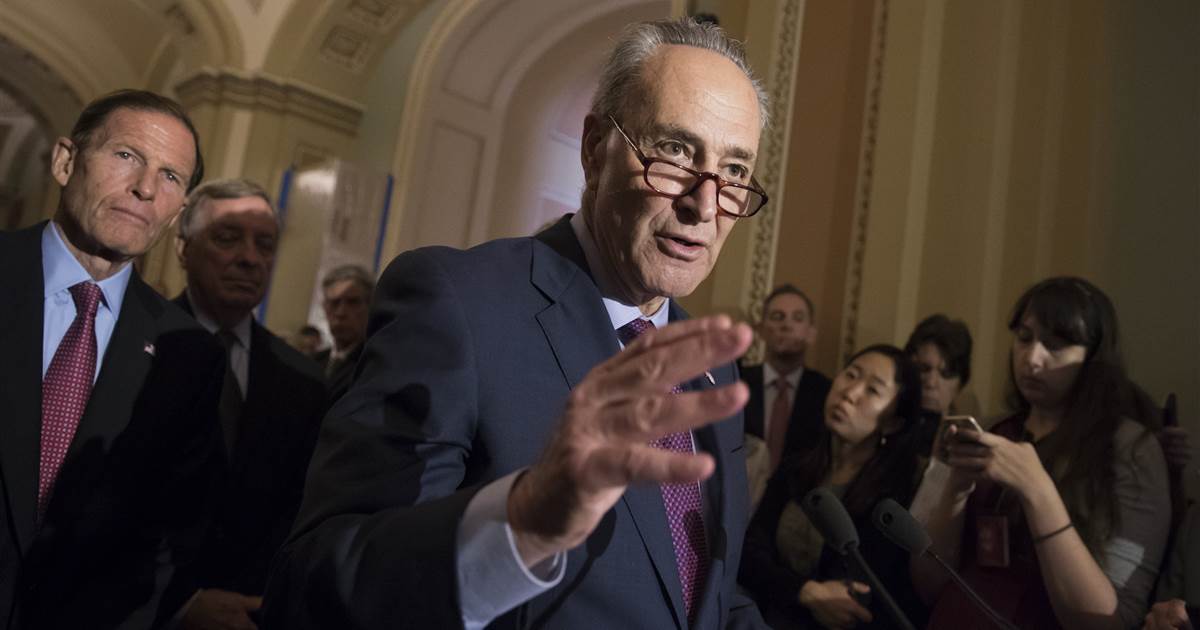 WASHINGTON — Top Democrats called Friday for President Donald Trump to cancel his planned summit next week with Russian President Vladimir Putin following the announcement by the Justice Department that 12 Russian intelligence officers had been indicted over the hacking of the Democratic National Committee and Hillary Clinton’s campaign during the 2016 presidential race.

But as the list of Democrats demanding the cancellation mounted Friday afternoon, a senior administration official told NBC News there was a “zero” percent chance that the meeting would be scratched. Later, White House Press Secretary Sarah Sanders said the summit was “still on.”

“President Trump should cancel his meeting with Vladimir Putin until Russia takes demonstrable and transparent steps to prove that they won’t interfere in future elections,” Senate Minority Leader Chuck Schumer said in a statement shortly after the announcement. “Glad-handing with Vladimir Putin on the heels of these indictments would be an insult to our democracy.”

House Minority Leader Nancy Pelosi, D-Calif., who said early Friday afternoon the president should use the meeting to “demand and secure a real, concrete and comprehensive agreement that the Russians will cease their ongoing attacks on our democracy,” later called for its cancellation.

“President Trump’s continued refusal to condemn the Russians’ attacks on our democracy, even after Special Counsel Mueller indicted 12 Russian intelligence officials for interfering in the 2016 election, makes it clear that meeting with Putin would be both pointless and dangerous. The Trump-Putin meeting must be canceled,” she said in a later statement.