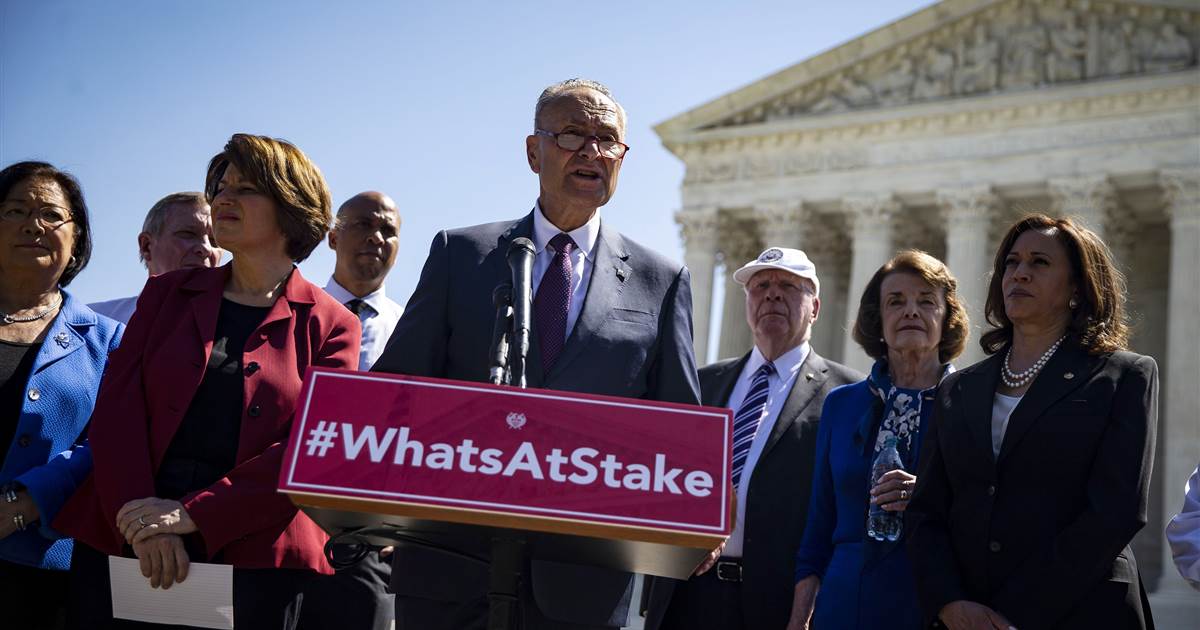 “The ramifications of this battle will last a generation or more. I’m going to fight this nomination with everything I’ve got,” the New York Democrat said on the steps of the Supreme Court Tuesday, flanked by the 10 Democrats who sit on the Senate Judiciary Committee.

Schumer laid out the outlines of the Democratic attack: Confirming Brett Kavanaugh as the next justice on the high court would reverse decades of settled law and put women’s reproductive rights at “grave, grave risk,” he said, arguing that Kavanaugh would vote to overturn Roe v. Wade, the landmark 1973 ruling that legalized abortion nationwide.

And previewing another category of tough questions Kavanaugh is likely to face during confirmation hearings, Schumer pointed to the judge’s past statements suggesting that sitting presidents shouldn’t face criminal investigations, and that a president should not necessarily have to follow a law if he deems it unconstitutional.