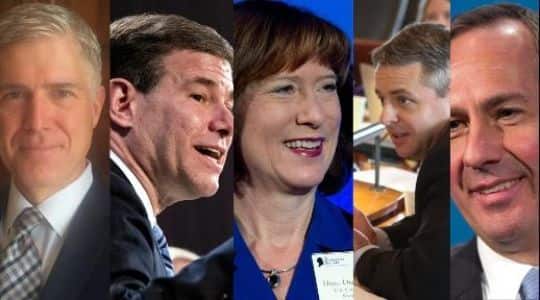 Trump did not disclose the identity of his nominee, but told reporters that his pick is “unbelievably highly respected” and people will be “very impressed” by the selection.

The scheduling announcement came via Trump’s Twitter feed: :I have made my decision on who I will nominate for The United States Supreme Court. It will be announced live on Tuesday at 8:00 P.M. (W.H.).”

Trump made his scheduling announcement as he and aides continue to defend a new travel ban from seven Muslim countries, the subject of protests, lawsuits, and calls even by some Republican lawmakers to change the policy. The president had said last week he would name his Supreme Court nominee on Thursday.