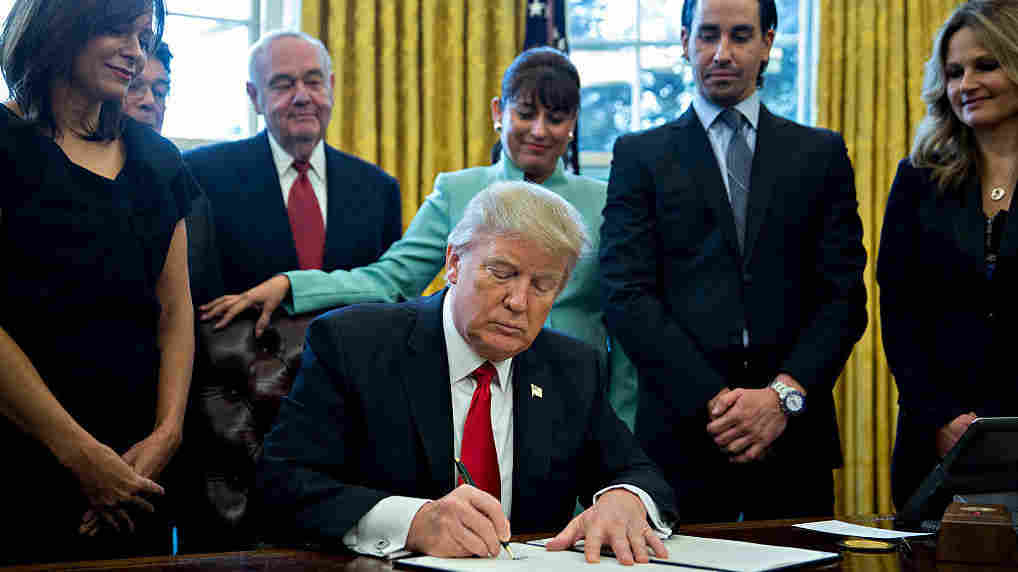 President Trump signs an executive action in the Oval Office of the White House on Monday in Washington, D.C., saying he will “dramatically” reduce small business regulations overall.

Trump signed the order during an Oval Office photo op, saying, “We’re cutting regulations massively for small business and large business,” adding, “This will be the biggest such act our country has ever seen.”

“Unless prohibited by law, whenever an executive department or agency (agency) publicly proposes for notice and comment or otherwise promulgates a new regulation, it shall identify at least two existing regulations to be repealed.”

Trump said earlier Monday that he wants to eliminate “a little more than 75 percent” of the regulations now on the books. “We don’t need 97 different rules to take care of one element,” he said.