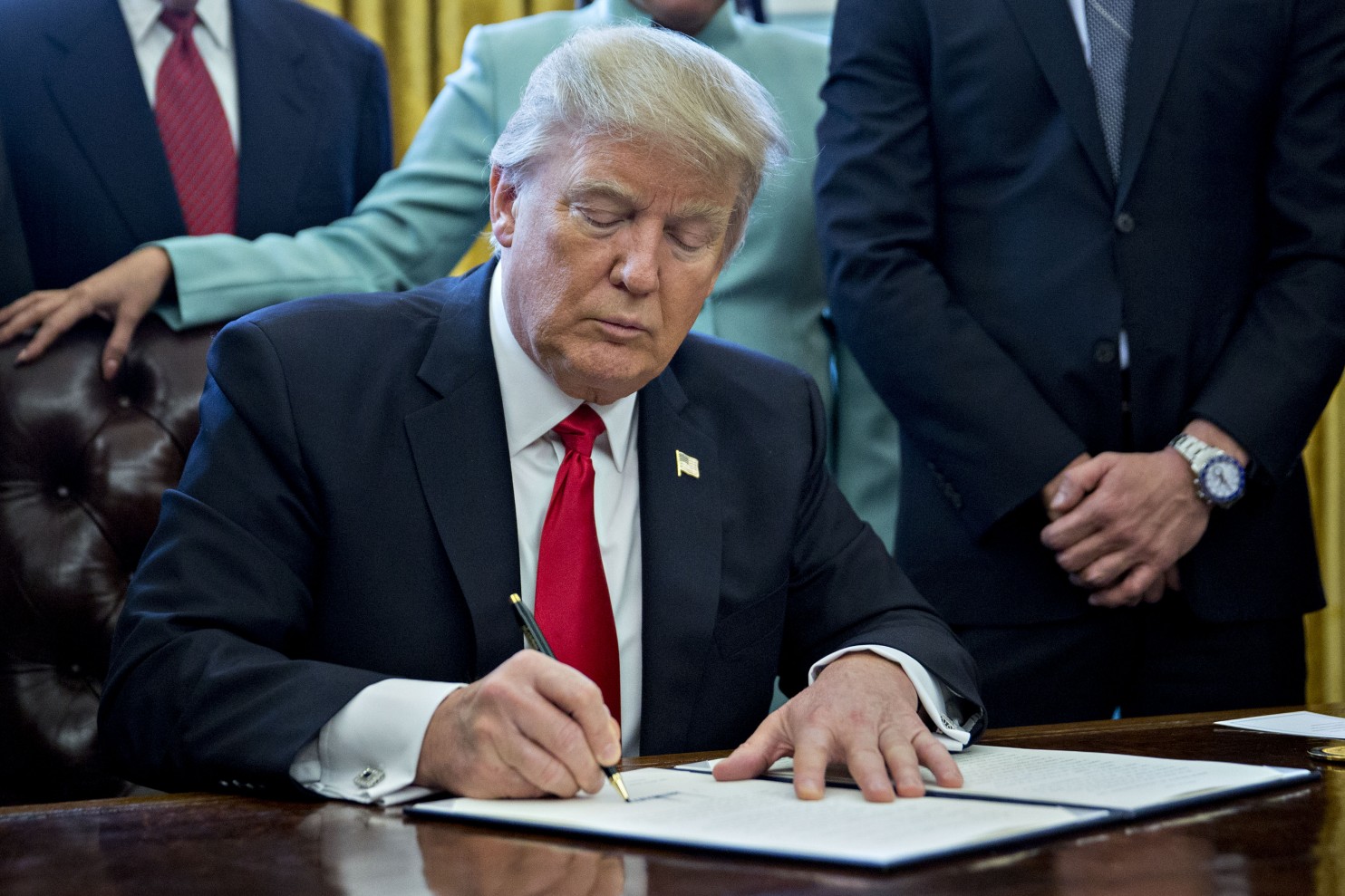 President Trump is preparing executive orders aimed at curtailing Obama-era policies on climate and water pollution, according to individuals briefed on the measures.

While both directives will take time to implement, they will send an unmistakable signal that the new administration is determined to promote fossil-fuel production and economic activity even when those activities collide with some environmental safeguards. Individuals familiar with the proposals asked for anonymity to describe them in advance of their announcement, which could come as soon as this week.

One executive order — which the Trump administration will couch as reducing U.S. dependence on other countries for energy — will instruct the Environmental Protection Agency to begin rewriting the 2015 regulation that limits greenhouse-gas emissions from existing electric utilities. It also instructs the Interior Department’s Bureau of Land Management (BLM) to lift a moratorium on federal coal leasing.

A second order will instruct the EPA and Army Corps of Engineers to revamp a 2015 rule, known as the Waters of the United States rule, that applies to 60 percent of the water bodies in the country. That regulation was issued under the 1972 Clean Water Act, which gives the federal government authority over not only major water bodies but also the wetlands, rivers and streams that feed into them. It affects development as well as some farming operations on the grounds that these activities could pollute the smaller or intermittent bodies of water that flow into major ones.

Trump has joined many industry groups in criticizing these rules as examples of the federal government exceeding its authority and curbing economic growth. While any move to undo these policies will spark new legal battles and entail work within the agencies that could take as long as a year and a half to finalize, the orders could affect investment decisions within the utility, mining, agriculture and real estate sectors, as well as activities on the ground.