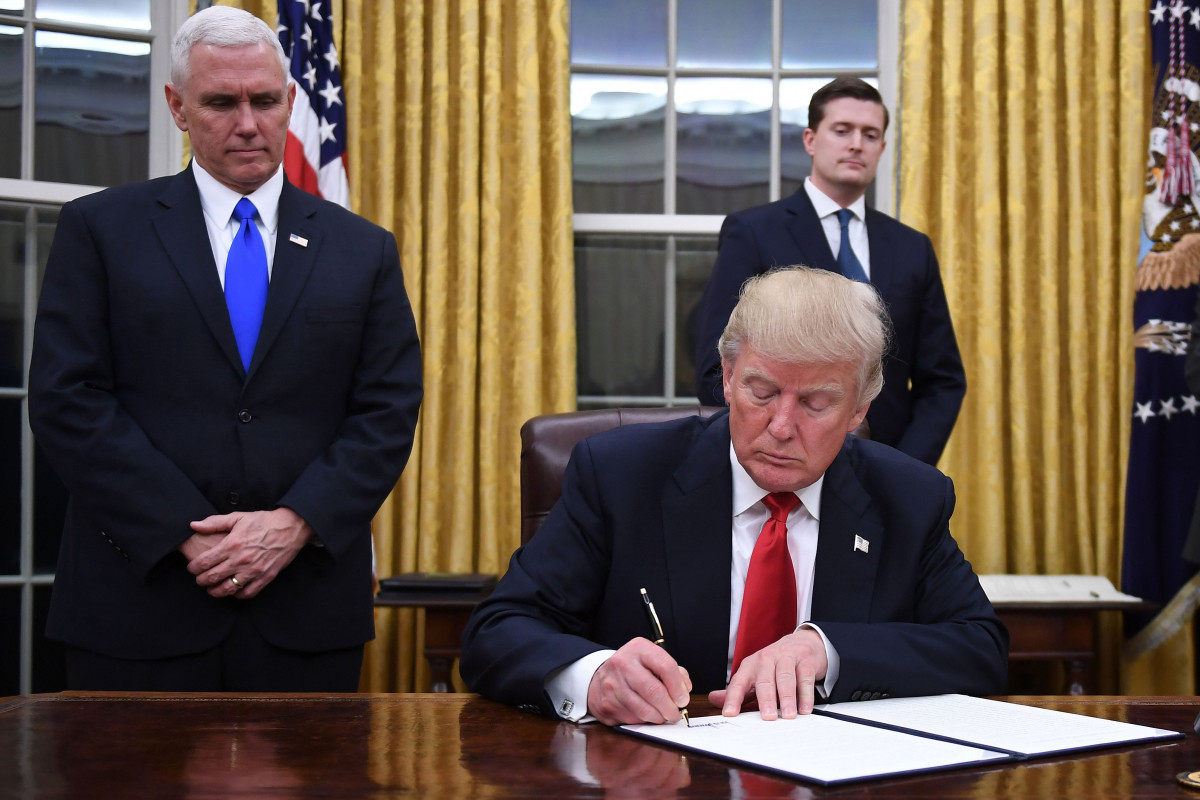 President Donald Trump signed his first executive order on Friday, heading into the Oval Office shortly after his inaugural parade to direct agencies to ease regulations associated with Obamacare, the signature healthcare law of his predecessor that Trump has vowed to replace.

The White House did not immediately provide details about what the executive order or memo entailed.

Repealing and replacing the Affordable Care Act was a central pledge for Trump during the presidential election campaign, although Republicans in the U.S. Congress have not yet laid out a plan to replace the insurance program.

In a hastily arranged signing ceremony, with some of his top aides around him, Trump sat behind the presidential Resolute Desk, signing the order. He also signed commissions for his newly confirmed Defense Secretary James Mattis and his Homeland Security Secretary John Kelly.