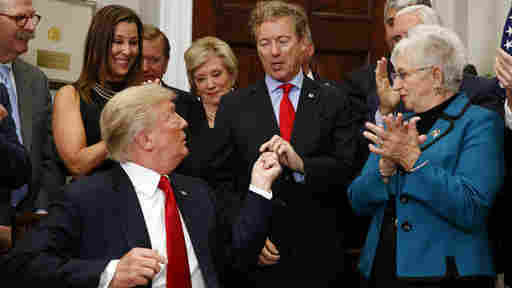 President Trump signed an executive order Thursday that is intended to provide more options for people shopping for health insurance. The president invoked his power of the pen after repeated Republican efforts to repeal the Affordable Care Act, also known as Obamacare, have failed.

The order directs the Labor Department to make it easier for groups of employers to band together for the purpose of offering insurance. In some cases, groups might purchase coverage across state lines — a move that Republicans have long advocated as a way to lower costs.

Trump described his action as a response to reduced insurance offerings and rising premiums in Obamacare’s individual market.