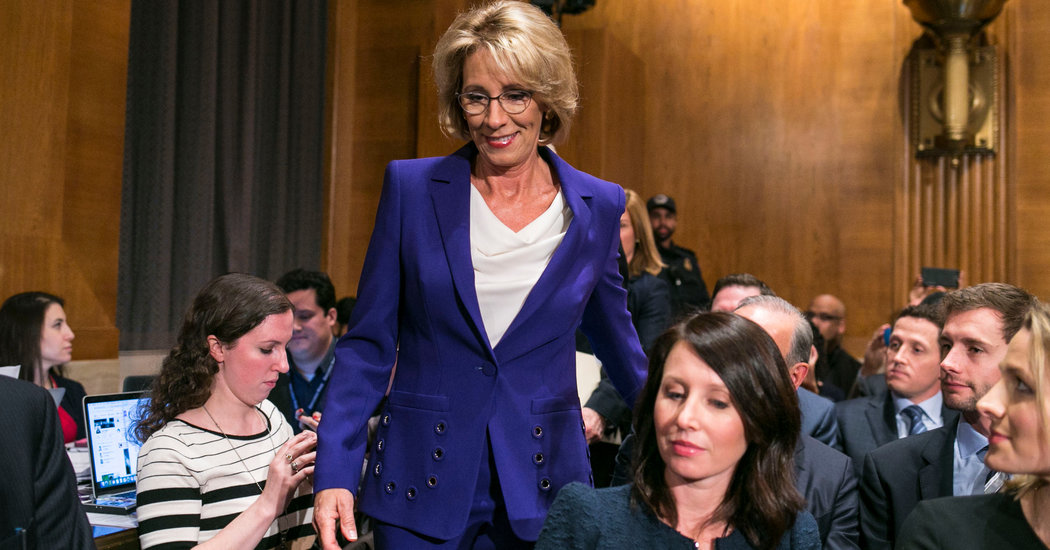 Ms. DeVos even became something of an internet punch line when she suggested that some school officials should be allowed to carry guns on the premises to defend against grizzly bears.

But if she was sometimes rattled on the specifics, Ms. DeVos was unshakable in her belief that education authority should devolve away from the federal government and toward state and local authorities. Whether the issue was allowing guns in schools, how to investigate sexual assault on college campuses, or how to measure learning, her answer was always that states and what she called “locales” knew best.

Those answers reflected the same instinct that has driven her advocacy of school choice, primarily vouchers, which take money from public schools to help families pay tuition at private schools, and charter schools, which are publicly funded but typically independent of school district or union rules. As she put it bluntly in a 2015 speech on education, “Government really sucks.”