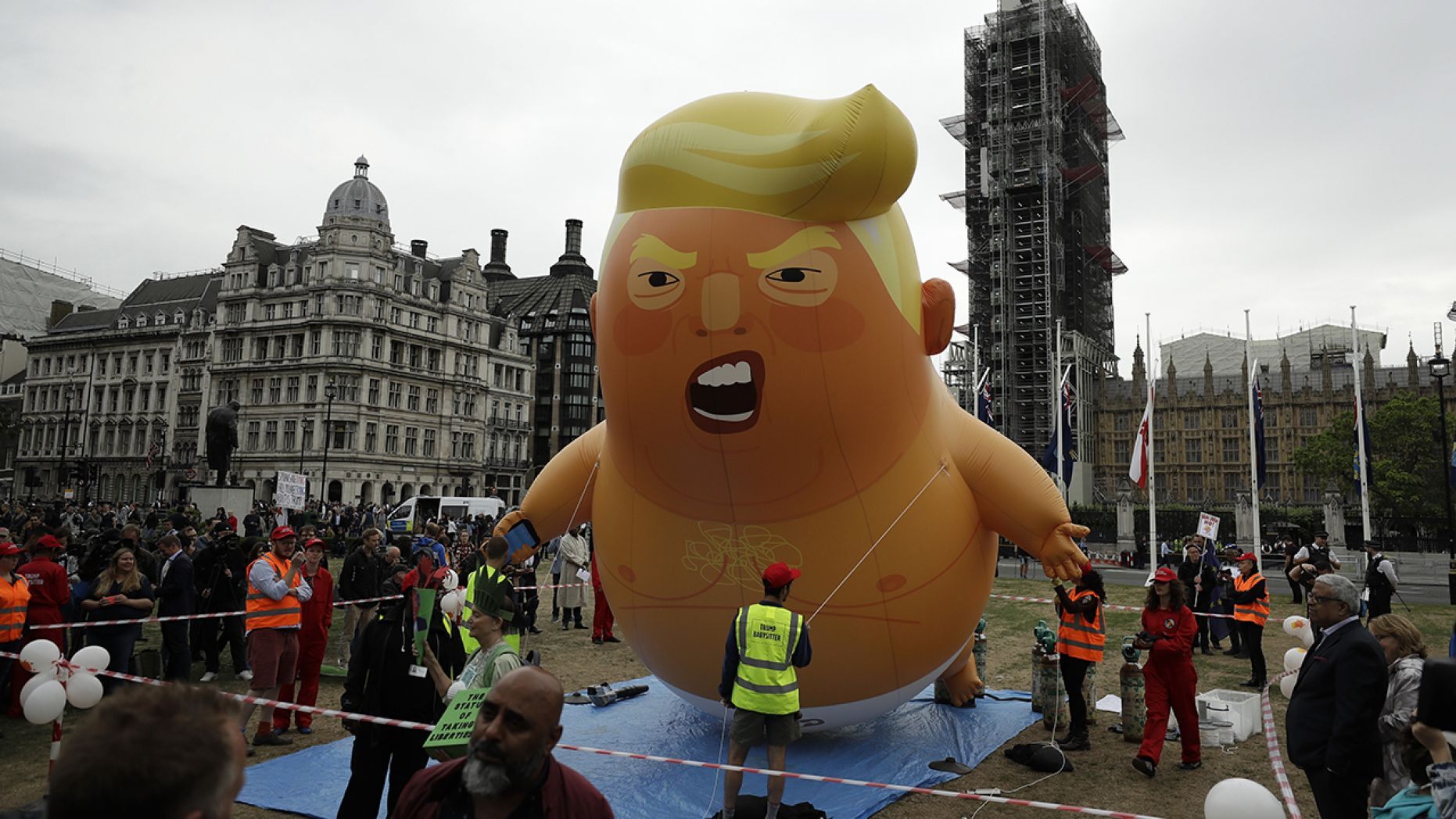 Video taken during an anti-Trump protest in central London on Tuesday captured a group of men assaulting and knocking an elderly fan of President Trump to the ground.

The video showed a mob surrounding the man, then pushing him to the ground as they chanted “Donald Trump’s not welcome here,” during the rally in Parliament Square where Britain’s left-wing Labour Party leader Jeremy Corbyn gave a speech widely seen as anti-Trump.

Demonstrators filled Trafalgar Square and spilled down Whitehall, a street lined with government offices, before marching half a mile to Parliament.

Many paused to take pictures of a robotic likeness of Trump sitting on a golden toilet, reciting catchphrases including “No collusion” and “You are fake news.”

Trump largely glossed over the protests, saying he saw “thousands of people in the streets cheering” and waving U.S. and U.K. flags, but just a “very, very small” group of protesters, adding that media reports of a much larger protest were “fake news.”