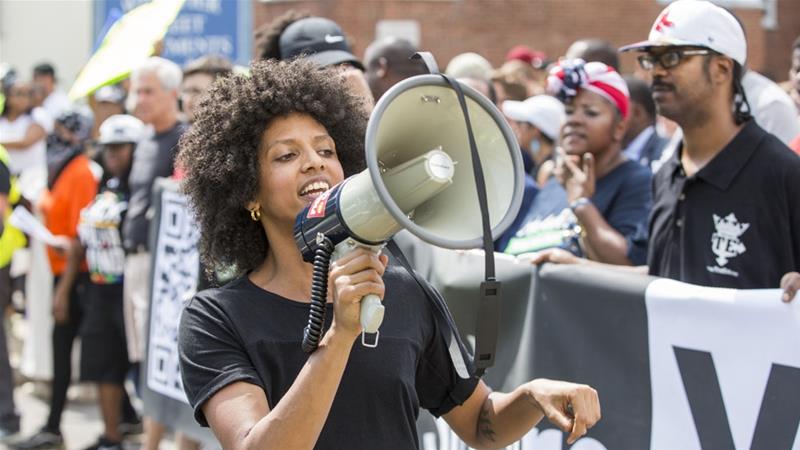 More than 10,000 demonstrators chanting anti-Nazi slogans forced a small group of conservatives to cut short a “free-speech rally” in Boston, in a repudiation of racism a week after deadly white supremacist violence in Charlottesville.

About 25 conservative rally-goers gathered on Saturday at Boston Common park, but abruptly left about 90 minutes after the event started.

Al Jazeera’s Shihab Rattansi, reporting from Boston, said thousands jeered as the group was “escorted out” the park by police officers.

According to reports, an estimated 15,000 people showed up at the counterprotest.

They chanted anti-Nazi and anti-fascism slogans, and waved signs that said: “Love your neighbor”, ”Resist fascism” and “Hate never made US great”.

Others carried a large banner that read: “SMASH WHITE SUPREMACY”.

One of the planned speakers of the “free-speech rally” was quoted by AP news agency as saying the conservatives’ event “fell apart”.