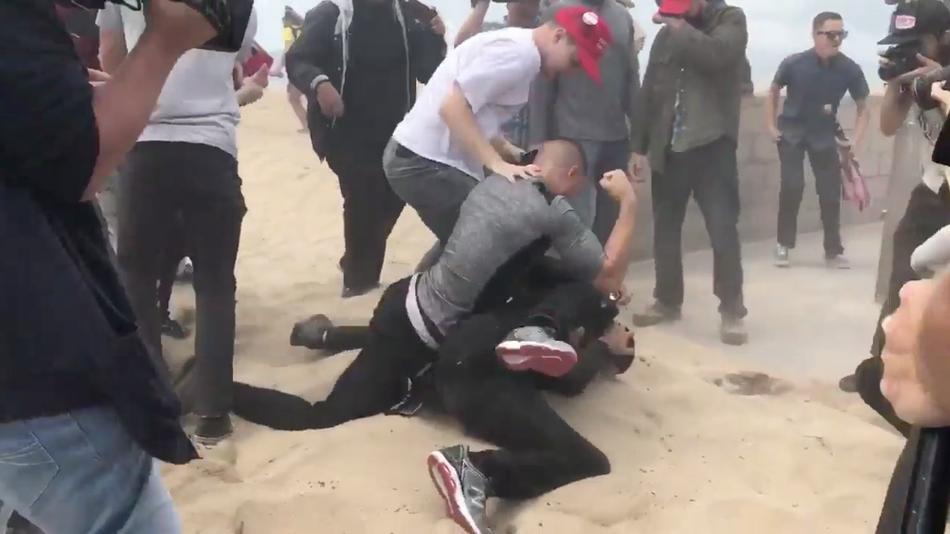 Violence erupted at a Make America Great Again rally in Huntington Beach on Saturday when an anti-Trump protester allegedly doused the female organizer of the event with pepper spray and was immediately set upon by a group of Trump supporters.

After spraying the march organizer, the man, wearing a black mask, was tackled by a group of flag-waving Trump supporters, who started punching and kicking him, according to witnesses at the scene.

The crowd then chased the man, who jumped over a fence and started running along Pacific Coast Highway, where he was detained by California Highway Patrol officers.

A handful of other counter-protesters fled the scene.

Travis Guenther, whose wife was also pepper-sprayed, said he was among those who chased the masked man and hit him with a flag that said, “Trump, Make America Great Again.”

“I hit him five times with the flag over his head,” said Geunther, who yelled at the man as he was detained by law enforcement officials.