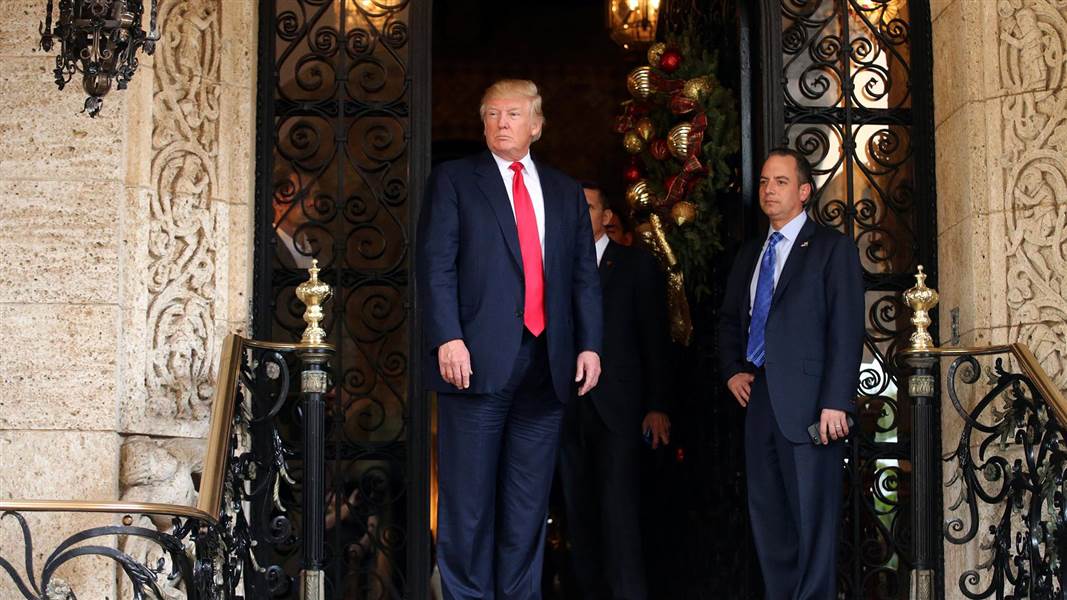 Democrats are giving Donald Trump a transparency gut check in the form of a new bill with a mouthful of a name — and an acronym that takes an unsubtle dig at the president.

The “Making Access Records Available to Lead American Government Openness Act” — or MAR-A-LAGO Act — would require the Trump administration to disclose the names of anyone who visits the White House or “any other location at which the President or the Vice President regularly conducts official business.”

The legislation, introduced in the House and Senate on Friday, calls for the creation of a publicly available database to be updated every 90 days.

Democrats say the move is necessary after a Whitehouse.gov page featuring visitor access records has said “this page is being updated” ever since Trump took office — and remains unchanged. In addition, they want the public to know who has been visiting Trump’s private club in Florida, known as Mar-a-Lago — the namesake of the bill — because he conducts presidential business there.

“He basically moved the office of the presidency,” said Richard Painter, the former ethics czar for the George W. Bush administration and vice chair of the Citizens for Responsibility and Ethics in Washington, or CREW. “Under those circumstances, in which taxpayers are paying for you to do government work and for your Secret Service protection, they’re entitled to know what private parties are moving in and out of there.”