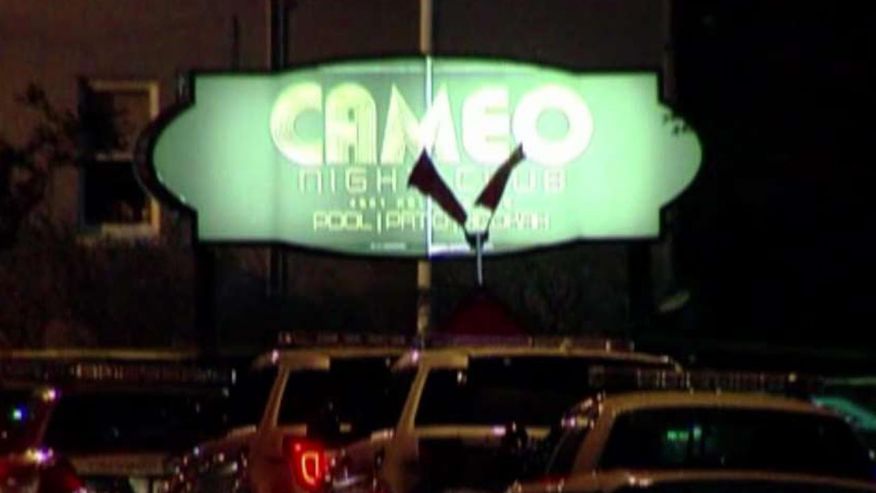 The shooters escaped the melee at club Cameo and they remained on the run Sunday.

“Several local men got into some type of dispute inside the bar and it escalated into shots being fired from several individuals,” Cincinnati Police Chief Eliot Isaac said during a Sunday news conference. “As a result there were 16 people that sustained gunshot injuries one of which is deceased. A total of 15 others that were injured, one in extremely critical condition.”

The man who was killed was named as 27-year-old Obryan Spikes. His family had been notified, Isaac said.

“I’m confident that while our hearts are broken, that our spirit is not,” Cincinnati Mayor John Cranley said.

The nightclub employed off-duty police officers to patrol the parking lot, Isaac said, and individuals entering the club were routinely patted down and wanded. Despite the precautions, Isaac said “Several firearms were able to be brought inside the bar.”