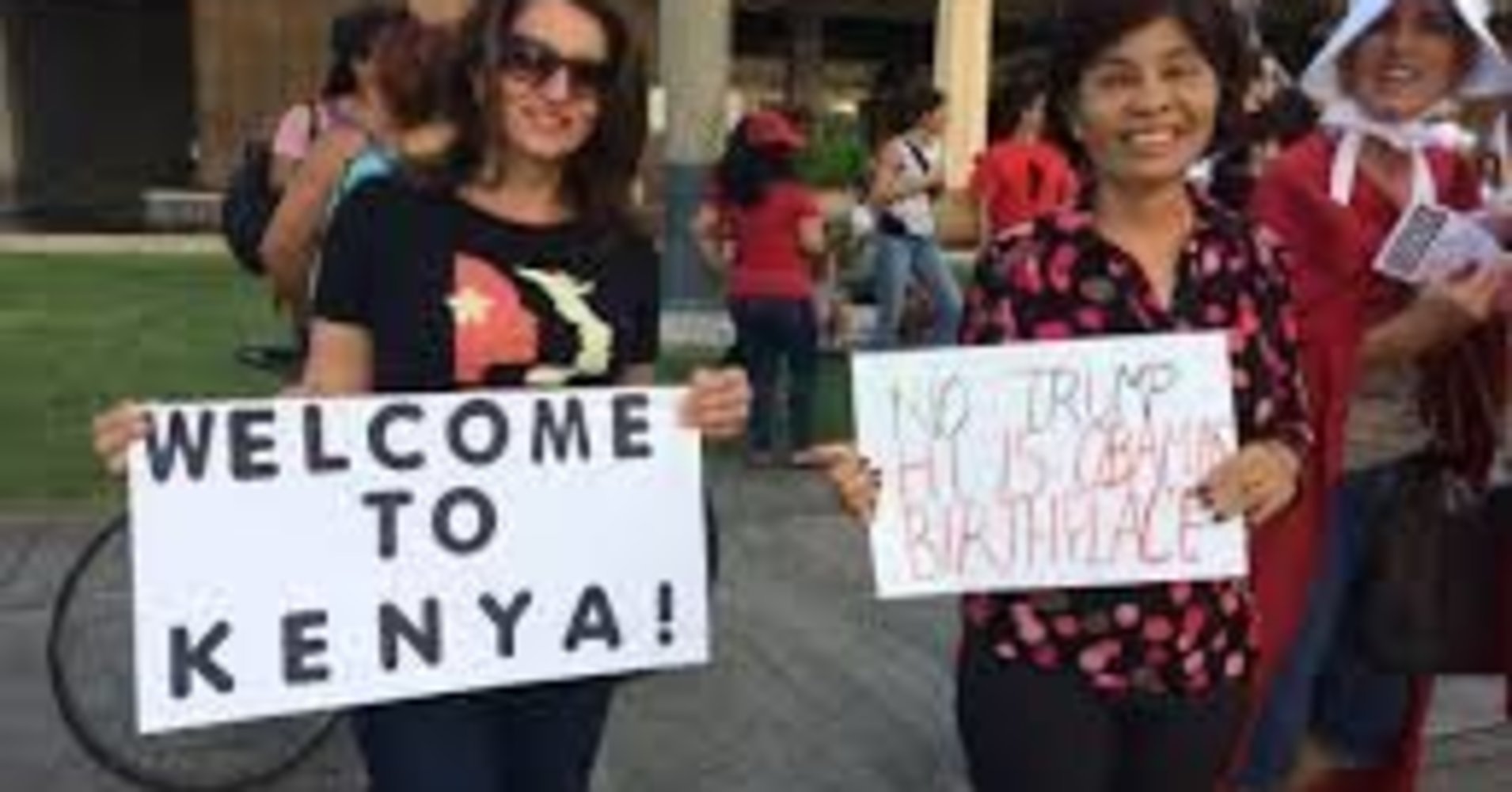 President Donald Trump may have put the Barack Obama birther conspiracy lie behind him, but Hawaii voters haven’t forgotten.

For years, Trump promoted the damaging fake story that the former president wasn’t born in Hawaii — but in Africa. So when Trump landed in Honolulu Friday as he set off on his Asia tour, Trump was greeted with protest signs that read: “Welcome to Kenya!”

Trump said last year that he was putting the birth conspiracy theory to rest, forgetting to mention that he was a key promoter of it. “President Obama was born in the United States, period,” he admitted before the presidential election.

But for years Trump insisted Obama’s birth certificate was a fraud and that he was likely born in Kenya. Trump even said on “The Today Show” in 2011 that he had sent investigators to Hawaii to research the issue, and “they cannot believe what they’re finding.” There’s no proof such investigators were ever dispatched.