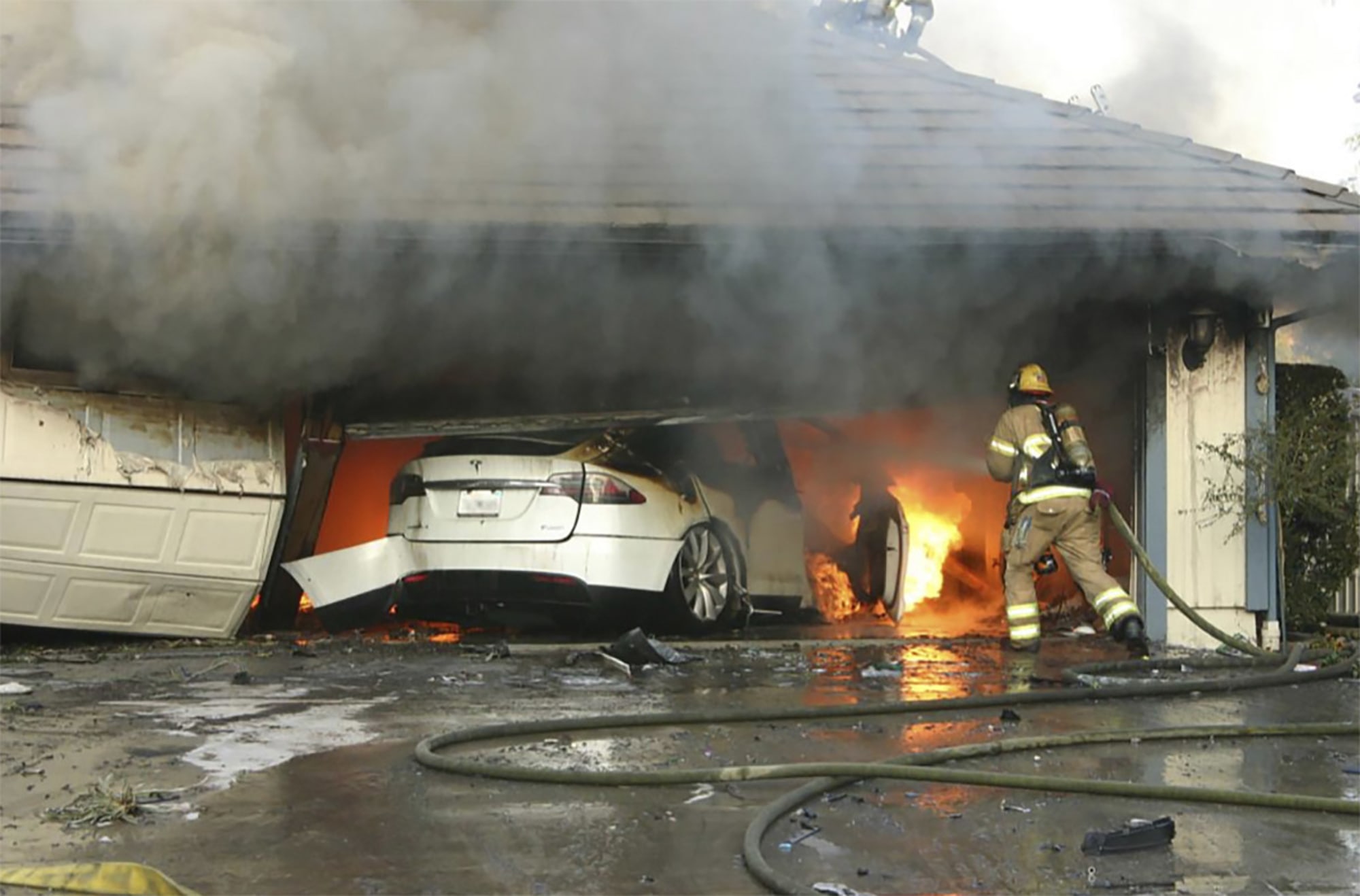 It’s the kind of blaze that veteran Chief Palmer Buck of The Woodlands Township Fire Department in suburban Houston compared to “a trick birthday candle.”

On April 17, when firefighters responded to a 911 call at around 9:30 p.m., they came upon a Tesla Model S that had crashed, killing two people, and was now on fire.

They extinguished it, but then a small flare shot out of the bottom of the charred hulk. Firefighters quickly put out those flames. Not long after, the car reignited for a third time.

“What the heck? How do we make this stop?’” Buck asked his team. They quickly consulted Tesla’s first responder guide and realized that it would take far more personnel and water than they could have imagined. Eight firefighters ultimately spent seven hours putting out the fire. They also used up 28,000 gallons of water — an amount the department normally uses in a month. That same volume of water serves an average American home for nearly two years.