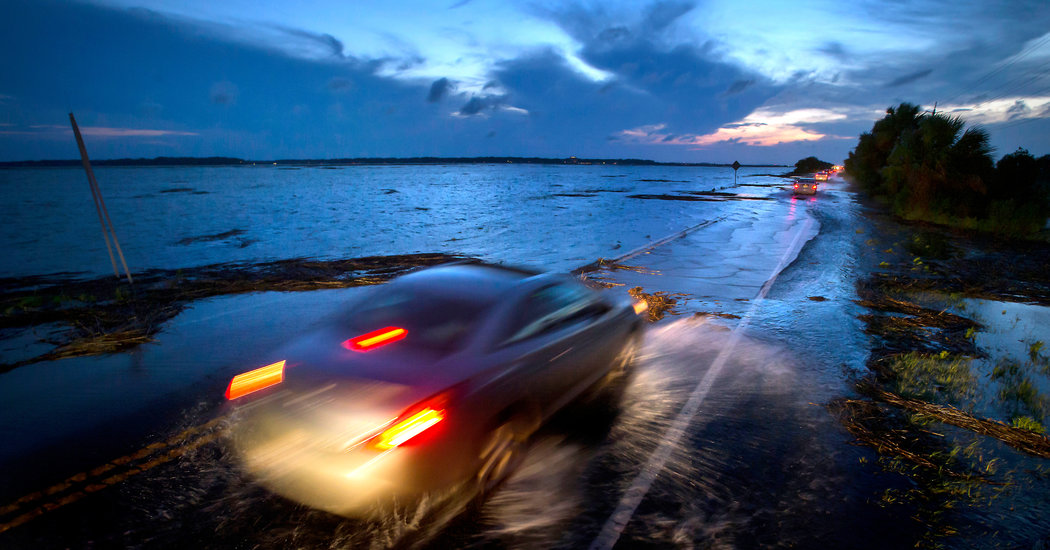 NORFOLK, Va. – Huge vertical rulers are sprouting beside low spots in the streets here, so people can judge if the tidal floods that increasingly inundate their roads are too deep to drive through.

Five hundred miles down the Atlantic Coast, the only road to Tybee Island, Ga., is disappearing beneath the sea several times a year, cutting the town off from the mainland.

And another 500 miles on, in Fort Lauderdale, Fla., increased tidal flooding is forcing the city to spend millions fixing battered roads and drains – and, at times, to send out giant vacuum trucks to suck saltwater off the streets.

For decades, as the global warming created by human emissions caused land ice to melt and ocean water to expand, scientists warned that the accelerating rise of the sea would eventually imperil the United States’ coastline.

Now, those warnings are no longer theoretical: The inundation of the coast has begun. The sea has crept up to the point that a high tide and a brisk wind are all it takes to send water pouring into streets and homes.