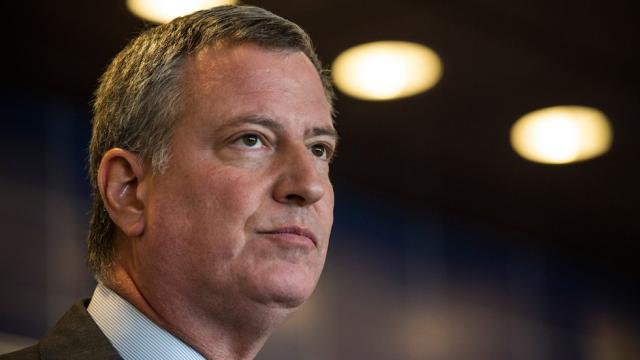 The city is suing BP, Chevron, ConocoPhillips, Exxon Mobil and Royal Dutch Shell, according to The Associated Press.

New York alleges the five major oil companies have played a role in global warming, the AP reported and is seeking to recoup billions of dollars spent preparing for climate change.

The city previously said it was going to divest its five pension funds from fossil fuel companies, according to the AP.

In a statement about plans to divest, de Blasio said New York City is “standing up for future generations by becoming the first major US city to divest our pension funds from fossil fuels.”

“At the same time, we’re bringing the fight against climate change straight to the fossil fuel companies that knew about its effects and intentionally misled the public to protect their profits,” he said.