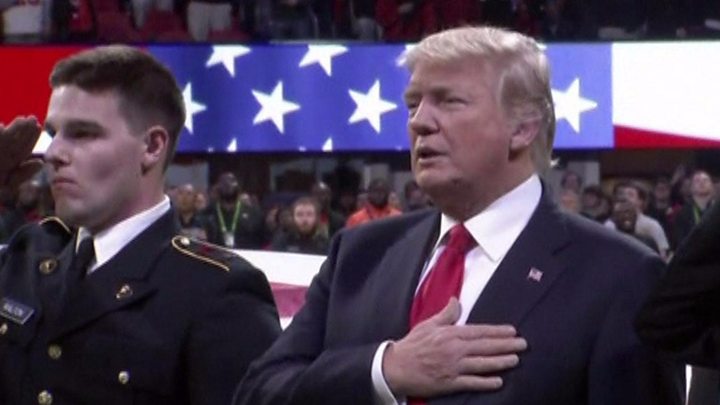 US President Donald Trump was greeted with a mixture of cheers and boos as he took to the field for the national anthem during a college football game in Atlanta.

But as The Star-Spangled Banner began to play, social media users turned their attention to his anthem etiquette.

Mr Trump’s supporters said they were proud to see him standing with his hand over his heart, while his critics said it looked as though he had forgotten the lyrics.

He certainly didn’t sing all of them.

Video of the anthem shows Mr Trump getting off to a slow start. He appears to mouth some of the words while occasionally pausing and missing some out.