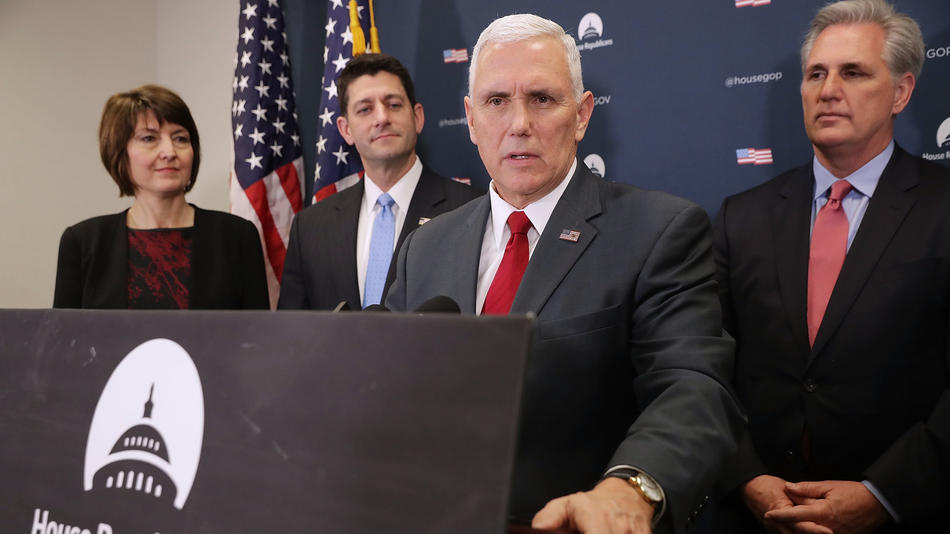 A key reason the Republican Party is having such a hard time with the replacement part of “repeal and replace” is that Obamacare is virtually the same privatized mandate plan it pushed for since President Richard Nixon first proposed the National Health Strategy in 1971 then again in 1974. Then the GOP revived its privatized mandate plan again in 1993 with then-Senate Minority Leader Bob Dole helping to propose the Health Equity and Access Reform Today act or HEART as the alternative to the proposed single-payer plan Health Security Act of 1993 — commonly known as “Hillarycare“ — and then again when then-Gov. Mitt Romney proposed — and succeeded in implementing — the Patient Protection and Affordable Care Act of 2006 in Massachusetts.

Today’s Affordable Care Act is very similar to the privatized mandate plan the Republicans pushed for 40 years. President Barack Obama — as a compromise to have basic health reform passed — used this same GOP blueprint with one significant change: adding a public option alongside the GOP’s privatized mandate plan (basically, Obama proposed adding an option to join a form of Medicare).

Eventually the public option was stripped out of the 2010 ACA bill in further compromise to attract bipartisan support for the bill, leaving in its place the very plan that the GOP wanted and pushed for decades. Unfortunately, the ACA did not receive a single vote from the Republican Party that created the plan’s primary concepts as alternative to a single-payer — “Medicare for all” — type of system.

As a result, the GOP’s repeal and replace position backs it into a challenging corner. It has no real replacement plan because the ACA is essentially the privatized mandate it has pursued for so many years. The only possible alternative to a 40-year-old GOP plan would be reverting to the old system, leaving millions of people without full coverage or proper health care. Even those with coverage — perhaps through their employers — could then once again have a cap on lifesaving treatments, such as those for cancer, and thereby reinstating the privatized insurance “panels” deciding the profitability of patient treatment versus patient outcomes.