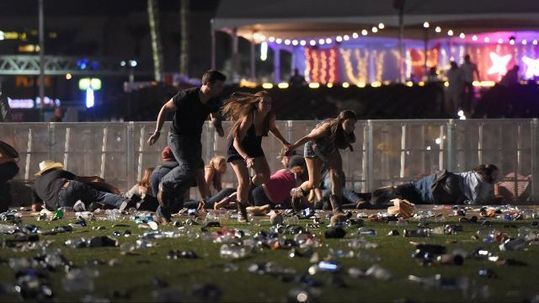 Shares of gun makers jumped more than 3% in early trading Monday after the mass shooting in Las Vegas.

The deadly shooting at a Las Vegas concert, which took at least 50 lives and injured 400 or more, is the deadliest mass shooting in modern U.S. history.

The move higher in gun stocks is due to the perception that there is bigger potential for tighter gun controls, as well as a belief that gun buying will pick up as Americans look to better protect themselves, says Gary Kaltbaum, president of investment firm Kaltbaum Capital Management.