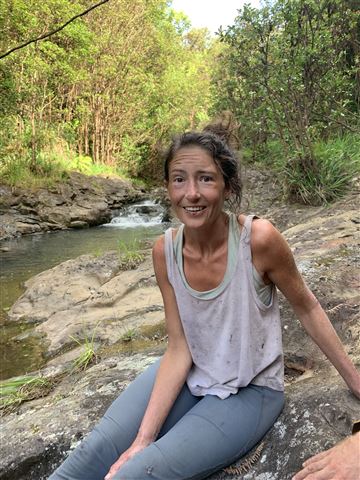 A 35-year-old hiker who was found alive after missing for more than two weeks in a Hawaiian forest had access to fresh water in a waterfall during her ordeal, a friend told NBC News affiliate KHNL in Honolulu.

Amanda Eller’s father said after his daughter, who works as a physical therapist and yoga teacher, was found alive Friday that she had the “mental strength and spiritual strength and physical strength” to survive such an ordeal.

Eller went missing on May 9 after she didn’t return from the Makawao Forest Reserve, a 2,093-acre area thick with trees and trails that are popular among hikers and mountain bikers. Her vehicle had been found near the park with her wallet and cellphone inside.