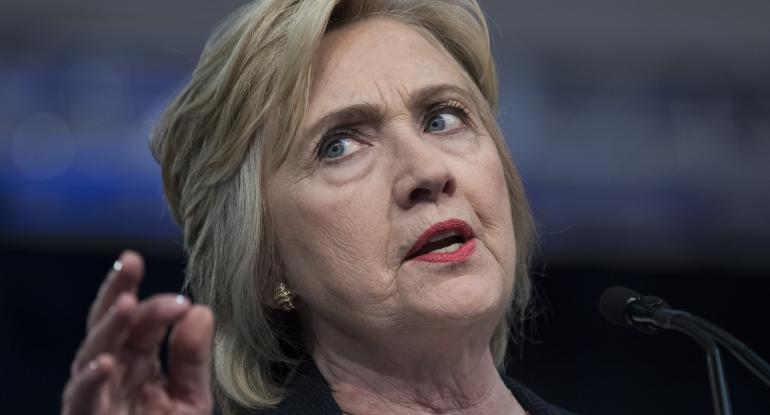 If you thought that after two failed presidential runs, Hillary Clinton would go gently into that good political night, you were sorely mistaken. She is suddenly everywhere, fishing for relevance and dispensing advice to anyone who will listen. She may now be in her mid-70s, but her insatiable ambition hasn’t waned.

In fact, as she watches President Joe Biden and Vice President Kamala Harris continue their catastrophic collapse, that old blonde ambition seems to be burning again. In her revenge fantasy, the Democrats come groveling back, begging her to save the day; indeed, some Dems are now openly discussing her as a possible candidate. Her Savior Complex meeting her Martyr Complex would be something to behold.

In her 30 years on the national political scene, she’s never stopped scrambling to be president. She’s spent her entire adult life on a relentless march toward the top job. Along the way, she blazed a trail of failure and shadiness — from Whitewater, her disastrous stab at socialized medicine and the smearing of her husband’s accusers to the shadowy use of a private server while secretary of state and the deadly debacle in Benghazi.