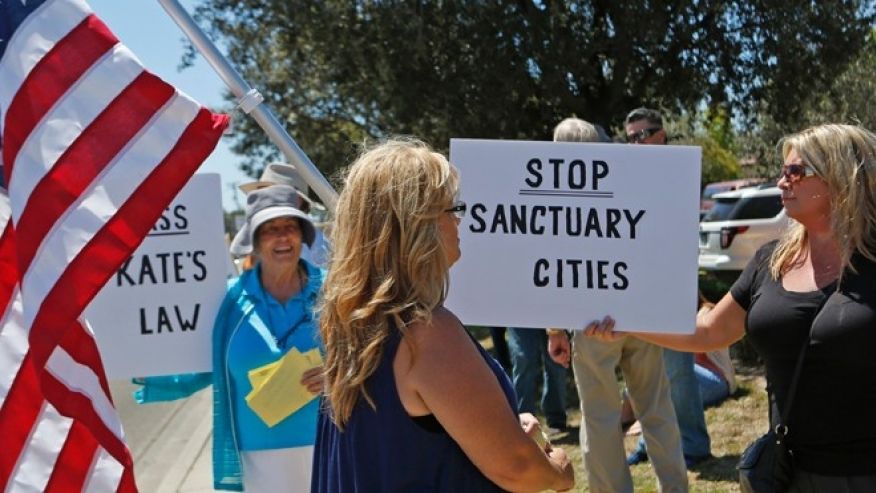 Empowered by a president who has “taken the handcuffs off of law enforcement,” the nation’s chief immigration official revealed Tuesday that deportation targets have surged and that he’s planning to deploy more agents and resources to “sanctuary cities” to arrest illegal criminals.

Thomas D. Homan, acting director of Immigration and Customs Enforcement, said in an interview that since Trump entered office, illegal border crossings have crashed by almost 70 percent, “an historic low,” arrests inside the country have jumped 40 percent and that demands for illegal criminals in local jails has skyrocketed 80 percent.

He said that the change in immigration enforcement has been radical — and welcome — under Trump. “You’d think everybody would be celebrating these policies,” he said during the 45-minute interview in his office.

One group he says are cheering: Border Patrol and ICE agents. “Now they have meaning to their jobs,” said Homan. “What this president has done is taken the handcuffs off of law enforcement officers who are charged with enforcing immigration laws,” he added.