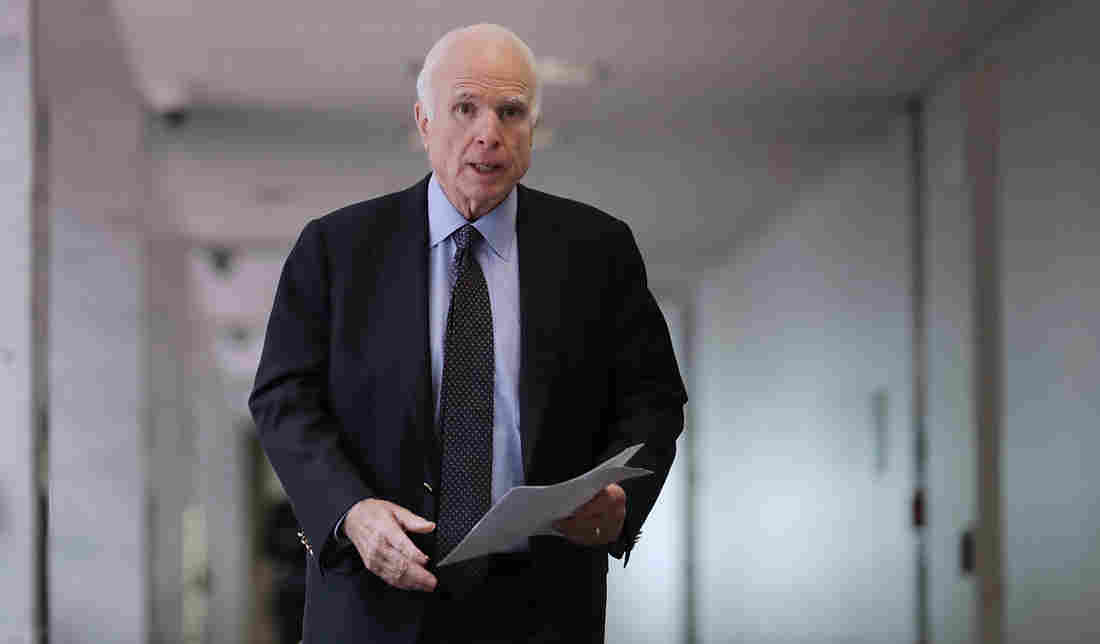 Arizona Sen. John McCain has been diagnosed with brain cancer, the Mayo Clinic Hospital in Phoenix says. McCain, 80, underwent surgery for a blood clot on July 14.

The hospital says testing revealed that a tumor “known as a glioblastoma was associated with the blood clot.”

“The Senator and his family are reviewing further treatment options with his Mayo Clinic care team. Treatment options may include a combination of chemotherapy and radiation,” the hospital statement said.

A statement from McCain’s office says he is “in good spirits as he continues to recover at home with his family in Arizona.”

His daughter Meghan tweeted that her family members have “endured the shock of the news,” adding:

“It won’t surprise you to learn that in all this, the one of us who is most confident and calm is my father. He is the toughest person I know. The cruelest enemy could not break him. The aggressions of political life could not bend him. So he is meeting this challenge as he has every other. Cancer may afflict him in many ways: But it will not make him surrender. Nothing ever has.”