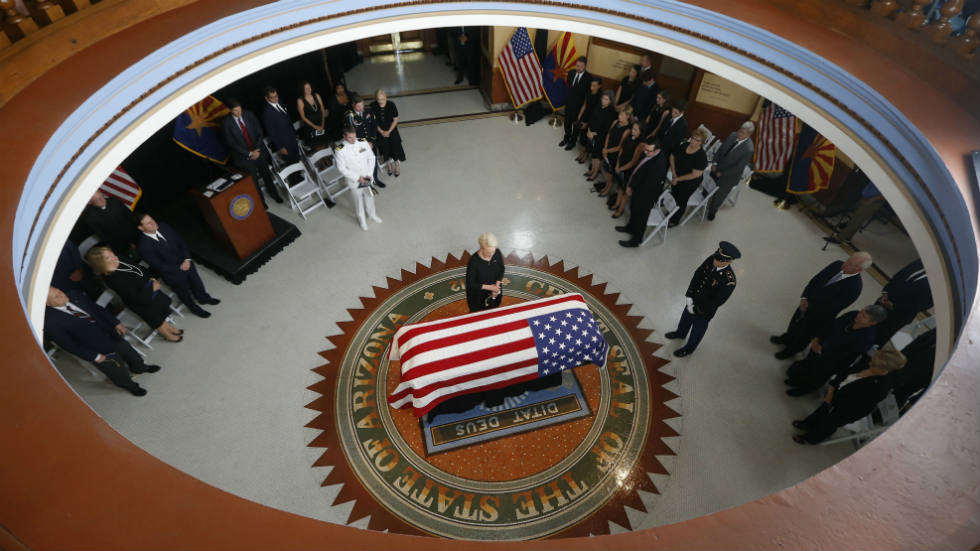 Family, colleagues and supporters gathered at the Arizona state Capitol on Wednesday to honor the late Sen. John McCain (R-Ariz.).

The memorial service in Phoenix is the first of a days-long procession for McCain, who died on Saturday a year after being diagnosed with an aggressive form of brain cancer.

Speakers at the memorial, which included McCain’s current and former colleagues, touted his military service during the Vietnam War and support for the Defense Department during his time in Congress.

“John McCain believed in America. He believed in its people, its values and its institutions,” said former Sen. Jon Kyl (R-Ariz.). “I consider it a great privilege to have served with John and I will miss him as a friend and as a strong force for America in the world.”

Arizona Gov. Doug Ducey (R) praised McCain as an individual who pushed himself, and urged others, to serve an interest bigger than themselves.

“His talk of country first wasn’t simply a slogan on a yard sign. It was what John McCain had done and demonstrated over and over and over again,” he said. “He fought like hell for the causes he believed in.”